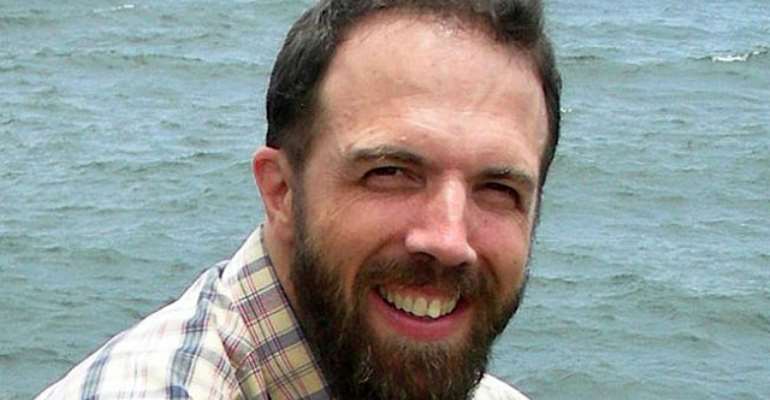 “Today is a miraculous day. I am thrilled to be alive, to be well and to be reunited with my family. As a medical missionary, I never imagined myself in this position.

When my family and I moved to Liberia last October to begin a two-year term working with Samaritan's Purse, Ebola was not on the radar. We moved to Liberia because God called us to serve the people of Liberia.

“In March, when we got word that Ebola was in Guinea and had spread to Liberia, we began preparing for the worst. We didn't receive our first Ebola patient until June, but when she arrived, we were ready. During the course of June and July, the number of Ebola patients increased steadily, and our amazing crew at ELWA Hospital took care of each patient with great care and compassion.

We also took every precaution to protect ourselves from this dreaded disease by following MSF and WHO guidelines for safety.

“After taking Amber and our children to the airport to return to the States on Sunday morning, July 20, I poured

myself into my work even more than
before – transferring patients to our new, bigger isolation unit; training and orienting new staff; and working with our Human Resources officer to fill our staffing needs. Three days later, on Wednesday, July 23, I woke up feeling under the weather, and then my life took an unexpected turn as I was diagnosed with Ebola Virus Disease. As I lay in my bed in Liberia for the following nine days, getting sicker and weaker each day, I prayed that God would help me to be

Faithful even in my illness, and I prayed that in my life or in my death, He would be glorified.

“I did not know then, but I have learned since, that there were thousands, maybe even millions of people around the world praying for me throughout that week, and even still today. And I have heard story after story of how this situation has impacted the lives of individuals around the globe – both among my friends and family, and also among complete strangers. I cannot thank you enough for your prayers and your support. But what I can tell you is that I serve a faithful God who answers prayers.

“Through the care of the Samaritan's Purse and SIM missionary team in Liberia, the use of an experimental drug, and the expertise and resources of the health care team at Emory University Hospital, God saved my life – a direct answer to thousands and thousands of prayers.

- Dr Kent Brantly,
(The American Doctor Who Recovered From Ebola… His speech as he leaves Hospital)

Go complete Aflao E-block if you're giving ultimatum to my m...
15 minutes ago

Shatta Wale, three others to spend one week in police cell
29 minutes ago