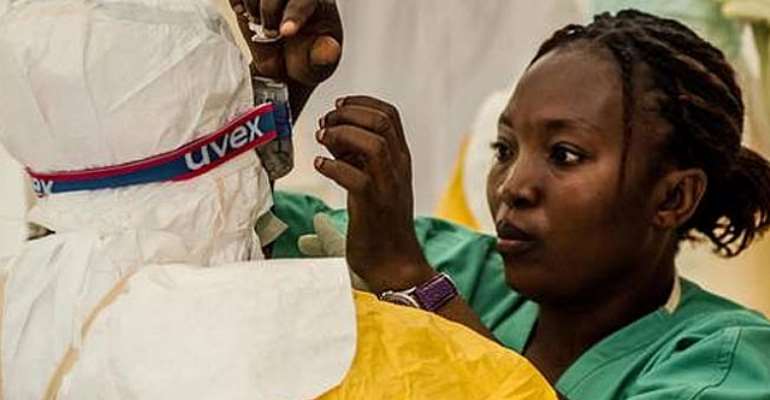 SaharaReporters has learned that a sister of a Port Harcourt-based medical doctor, Iyke Enemuo, who recently died from the Ebola virus, fled to Abia State to avoid being quarantined along with others who came into contact with the late doctor. However, one of her siblings, who is also a doctor, forced her to return to the quarantine center in Port Harcourt, the capital of Rivers State.

The woman helped care for her doctor brother as he suffered from the debilitating disease caused by the Ebola virus.

At least 200 people who came in contact with Dr. Enemuo, who died last Friday in Port Harcourt, have been placed in quarantine for close medical watch.

Dr. Enemuo had contracted the virus when he was secretly treating a staff of the Economic Community of West African States (ECOWAS) who, in turn, had had contact with Patrick Sawyer, a Liberian-American who initially brought the disease into Nigeria. Mr. Sawyer had slumped at the Murtala Muhammed Airport in Lagos shortly after arriving there on July 20. He was rushed to a Lagos Hospital where he died five days later. A doctor, Ameyo Stella Adadevoh, and two nurses who helped care for Mr. Sawyer in Lagos have also died.

SaharaReporters discovered that the ECOWAS diplomat who had had contact with Mr. Sawyer flew to Port Harcourt the same day the Liberian American died, and met up with Dr. Enemuo. Apparently aware of the deadly nature of the disease afflicting the diplomat, Dr. Enemuo opted to treat him secretly at a local hotel.

After recovering, the ECOWAS staff flew back to Lagos to seek clearance to travel out of Nigeria. Quarantined and checked for Ebola in Lagos, he was found to be free of the virus. However, a few days after he left Port Harcourt, Dr. Enemuo took ill and was hospitalized at Good Health Hospital in Port Harcourt where he died of the disease.

The hospital has been closed down, and close to 70 people immediately quarantined by Nigerian health officials. However, as at last night, more than 200 people who had been in contact with Dr. Enemuo and the ECOWAS diplomat had been quarantined as well. Dr. Enemuo's wife recently took ill with Ebola symptoms.