3 Keys to Spiritual Awakening in America 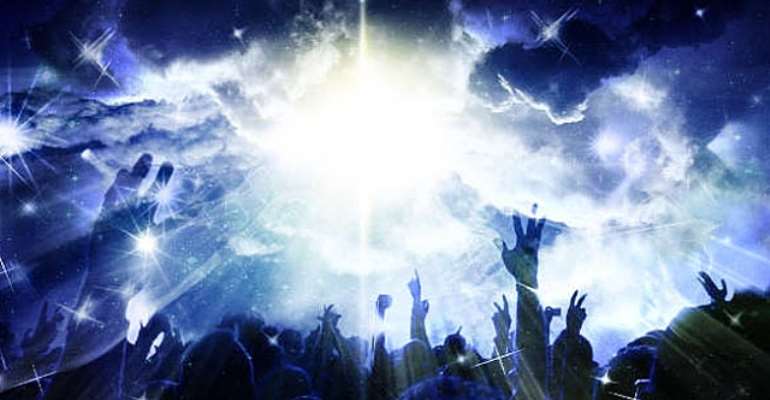 Rick Curry says there is a sound of awakening and transforming revival being carried on the winds of the Spirit in these days. ( Brandon Halliburton/creationswap.com )

The subtle embrace of night casts her shadow across the brow of the young maiden of liberty. Night's luring embrace seems to seduce the nation further into an abyss of compromise slouching toward chaos. The brilliant hope of the nations and the grand experiment of self governance seems to be reeling to and fro from the weight of her confusion and toll of her compromise.

America is staggering like a drunken fool from compromised values, confusing and unsustainable standards and a glamorized chaos. Where is the leadership compelled by vision for America's future that is truly worthy of her good past? Where are the champions of mercy and the heralds of brotherly love? Where are those who will lay down their lives to bring us together and stand for a cause greater than themselves?

Has the future of America ever been more at risk than it is today? If the answer is “Yes,” could it be because we are in dire need of bold leadership willing to raise a standard in our generation and cry out to God for national repentance and revival?

How a flag from the days of our founding was introduced to me is irrelevant in this writing. The fact that it was introduced to me is the compelling force behind this writ of proclamation. I had never seen the flag. I was never taught about it in school, and it is totally beyond me as to how I could have missed it or why others would be silent concerning it.

The flag (pictured) is a white standard with a simple evergreen tree in the center with the words “An Appeal to Heaven” across the top of the standard. Designed by John Locke, it would fly beneath the orders of Gen. George Washington atop the ships that would make up The Continental Navy. This navy was funded out of the pocket of Washington himself. The flag would be known as the Washington's Cruisers Flag.

The message of the flag is simple. The founders were living in days cruel for their times, and men were hungry for the great pearl of liberty. Their frailty was obvious for any honest onlooker, and none dare, not even for a moment, suspect that their worthiness in warfare would lead them to triumph against the greatest navy of the world.

They only had one hope for the cause of liberty to prevail. It was the hope of heaven's intervention. It was the hope of angel armies to render assistance in a cause to set at liberty the dreams of the world. It was simply that—”An Appeal To Heaven.” Beneath the standard championing their plea, courageous and selfless men surrendered their lives to the cause of welcoming liberty's embrace. It was enough!

We are in need of such an appeal today! These days are marked by a nation increasingly confused, comfortable with compromise and vacillating on the brink of chaos. There are markers strewn along the path of the last decades that indicate an approaching crossroads of peril or awakening.

As difficult as it is to be up against forces and foes that are visible and formidable like our Founding Fathers faced, it seems excruciatingly perplexing that the foe of our generation is much more stealthy, invisible and barbaric. Great signs of societal strife and chaos need not always herald a looming doom; they also can serve as a catalyst for common sense and become a clarion call to humble ourselves and cry out to God making an “Appeal To Heaven.” I propose to you the latter.

Some may quickly interject such a plea is foolishness, and surely many would judge an “Appeal To Heaven” as futile and fruitless. Is the nation today absent of the valor of such men, or is it void of  such a brave and courageous people?

Rather than dismiss the Founders from our history, what if we remember their courage, their sacrifice and their dreams that carried them on eagles' wings to establish a good people in a prosperous land? A nation that would become “one nation under God.”

I say to you confidently that the nation is full of people who still love liberty's dream and they are full of brotherly love, courageous hearts and a willingness to sacrifice for the benefit of coming generations. There is a people who believe brotherly love triumphs over barbarism in any generation.

There is a sound of awakening and transforming revival being carried on the winds of the Spirit in these days. There are cities and regions across the nation that are experiencing the hopeful rains of early outpourings of the Spirit. It has yet to become a sweeping movement of holy reconciliation and revival, but it is on its way

I am currently writing this at 2:43 AM (EST) and the reason I cannot sleep is because I heard a news commentator out of Ferguson, Missouri, ask, “Where are the clergy of this community?” In a rather strange kind of way it was confirmation to me that the nation will once again seek the ancient path rediscovering the way of the Lord.

There is currently on the Gulf coast of Florida a move of the Spirit that is spreading throughout a much larger region. Thousands have experienced as a region a revival that has has been freely carried from city to city and church to church. America is ripe for a revival that cannot be contained by a building and will never be controlled by a ministry.

The revival began for me on a Sunday morning in March when I encountered the Lord in an absolutely life-changing way. In a vision I saw Him walk into the room carrying a flag in one hand and a torch in the other. When I saw Him I was so stricken by His Glory I literally felt as though I was dying! It was truly overwhelming, and I ended up on the floor of the platform of my church for nearly six hours. The details of that may be shared at another time, but I clearly heard the Lord say to me three things:

1. I am bringing to My people revelation of the Father's heart.

2. Through the revelation of the Father's heart, I am releasing the fire of My holiness.

3. Through the fire of My holiness, I will reap a supernatural harvest in the earth.

It is time for America's spiritual awakening!
In addition I have met personally with pastors and leaders from many different cities and regions in all kinds of gatherings who are hungry to see God move mightily in their communities.

What if we were beginning to see a grass-roots movement of Jesus that was so organic and powerful it would not flinch in the face of fear and would reap the reward of the Lamb's suffering—a mighty harvest of souls?

The value of the Washington's Cruisers Flag is that it can become a signet call to our generation. I had never seen the flag before I was introduced to it in a dream. In the dream I saw the ages and generations coming together to restore the ancient path—the way of holiness. We are being called to come together!

Could a flag from the days of our founding become the symbol for the cry of a nation?

Let's love with boldness and lead with passion.
Let's serve faithfully and risk generously.
Let's stand for truth and make “an Appeal to Heaven”

Rick Curry was born in Richmond, Kentucky, and has been involved in full-time ministry all of his adult life. He is the lead pastor of King's Way Church in Pensacola, Florida, and provides apostolic oversight to its affiliate congregations. He is currently leading with other key leaders a significant revival that is quickly spreading all along the Gulf Coast and in many other regions of the country.