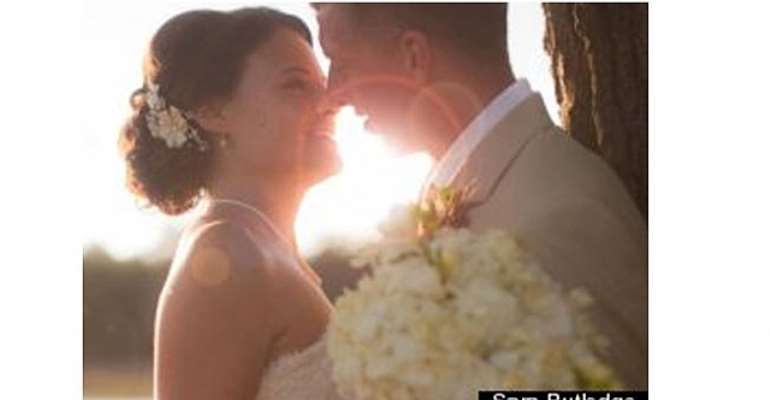 The Military Gave This Woman's Family A Pay Cut After Her Husband Cheated On Her-Sara Rutledge thought she was in love with her boyfriend, so they decided to marry. The financial benefits they'd receive from the American military — his employer — were just the icing on the cake. But when Sara found out within one day of their nuptials that her husband had been having an affair, she was forced to make the choice between staying with him — and financial security — or leaving him, and facing the military's punishment for philandering — a pay cut.

Rutledge joined HuffPost Live on Thursday (using a pseudonym) to tell her story.

Having a significant other serving in the military requires a level of selflessness. One has to be prepared to travel often, and, if necessary, leave loved ones and a home behind. In turn, the military offers incentives, like larger housing allowances, to married couples in an effort to make the sacrifices worth it, according to Sara.

“A lot of people in the military do get married because of the financial benefits,” she told host Nancy Redd. “It just makes sense. If they were thinking of getting married, they're just like, 'Why don't we go ahead and do it?' because you can almost double your paycheck. … So if you're gonna make more and you're already kind of in love, why not get married? I know it sounds terrible, but it's true.”

But that wasn't the case with Sara, who'd been dating her boyfriend for “longer than most married military couples had known each other.” So she was shocked when she found out “within 24 hours” of their wedding day that her husband had been cheating on her with his “battle buddy's” wife, whom she knew well.

In spite of being “furious,” Sara felt pressured to ignore the information so as to not compromise the “financial security” of her home and her husband's unit.

“When I found out, I had this moral conundrum of: Should I even tell my husband?” she described. “These are soldiers who have been deployed together multiple times. … So in a sense not only am I risking messing up the dynamics of this unit that needs to function as one –- like an army of one when they're deployed and when they're together –- but I'm also risking the financial security of my house.”

She knew revealing the information would mean her “ex-husband would be risking being demoted severely,” but she felt she had no other choice. In turn, the family “did lose a significant part” of their pay check.

The pay cut would not have normally occurred, according to Sara, but was a function of her husband “fraternizing with another man's wife,” which is considered a punishable offense.

Sarah also debated whether or not to tell the man whose wife her husband was having an affair with, knowing how it would affect both her family and his. She came to the conclusion that, as a “man who served our country,” he had a right to know, and told him online, only to get no response. But once she and her husband arrived back from their honeymoon, it was clear he had received the message.

“[He] told the superior officers and sergeants in charge, and … when my ex-husband got back, he admitted to all those, and as punishment, they cut part of his paycheck,” she said.

But the other soldier and his unfaithful wife didn't experience the same fate. Because his wife does not work for the military, she was not subject to any disciplinary action.

“This man and his wife did not receive any punishment,” Sarah said. “They are still married, actually.”

Mahama becoming President again is one of the greatest calam...
27 minutes ago

What Shatta Wale did was childish and stupid — Nii Ayitey An...
35 minutes ago