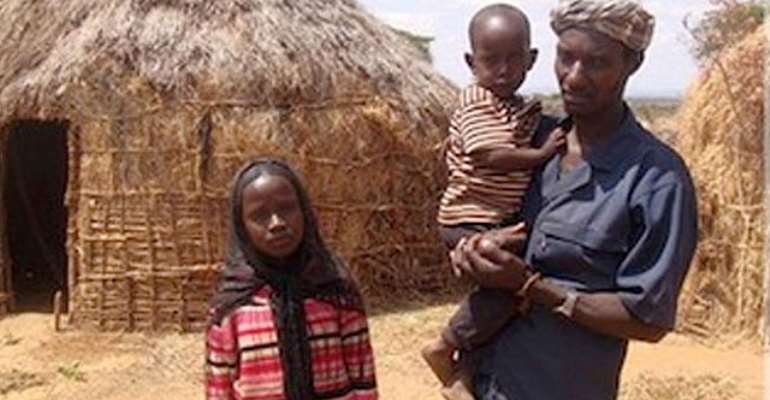 Wasila Tasi'u
Many see Wasila Tasi'u as a victim: a 14-year old girl from a poor, strictly Muslim family in northern Nigeria, who killed her 35-year old husband using rat poison after a forced marriage.

But those closest to the case, including the girl's father, described her as a consenting, age-appropriate bride who dated Umar Sani and expressed a clear desire to marry him.

The trial, which is set to begin in the coming weeks, has thrown the spotlight on Nigeria's deep religious and cultural divides, especially the influence of Islamic law in the mainly Muslim north.

“To us, she is not a child. It is the norm here to marry off a girl at 14,” said the dead groom's father, Sani Garba.

According to police, Tasi'u confessed to putting poison in food she prepared for a party two weeks after her April wedding in Unguwar Yansoro, a remote village some 60 kilometres (37 miles) from Nigeria's second city of Kano.

She did so “because she was forced by her parents to marry a man she did not love”, Kano state police spokesman Musa Magaji Majia told AFP.

Tasi'u has been charged with the murder of Sani and three others who ate the contaminated food.

Her lawyer Hussaina Aliyu said any admissions made by Tasi'u are inadmissable because she is a minor who was interrogated without a guardian or a lawyer present.

A judge rejected Aliyu's bid to have the case transferred from the High Court in the town of Gezawa to the juvenile system.

The defence lawyer insists the case is not a debate about the acceptability of child marriage in a Muslim society.

Instead, she has tried to focus her defence on the fact that a 14-year old cannot be tried for murder as an adult in Nigeria.

The trial had been set to start on 4 August but a judicial staff strike caused a backlog in Gezawa and a new date has not been fixed.

Nigeria has no minimum marriage age but anyone under 21 who wants to marry must get parental consent.

Child marriage, rampant in the mainly Muslim north, is extremely rare in the predominantly Christian south.

To outsiders, the notion of a normal courtship between a girl of 14 and a 35-year old man may seem abhorrent but Tasi'u's father said there was nothing abnormal about the lead-up to her wedding.

He told AFP the couple began “dating” when Tasi'u was 13 but the family told Sani he had to wait until her 14th birthday before they could marry, in keeping with family tradition.

Tasi'u was the seventh of his daughters to marry at 14.

According to the custom of the region's dominant Hausa tribe, a girl notifies her father of her choice for marriage through an envoy, typically a close friend.

Mohammed said he learnt that Tasi'u had selected Sani through a friend named Fauziyya, who visited his sparse mud house to formally deliver the news.

Tasi'u then approached his daughter to make sure her decision was final.

“She gave me her word that this was her choice,” he said.

Asked about his daughter's possible motives for the alleged murder, Mohammed said: “It is devastating and I don't know why she did it.”

Nigerian criminal law was shaped by British colonial-era measures and penal codes in the north and south vary slightly as the two regions were governed as separate colonies before 1914.

Both regions technically outlaw “carnal knowledge” of a minor but enforcing that measure is complicated in the north as police must strike a tricky balance with sharia, which some say permits sexual relations with minors.

Human rights lawyers, especially southern Christians, have called for the charges against Tasi'u to be dismissed, saying she should be rehabilitated as a victim and noting the possibility that she was raped by the man she married.

Underscoring the dramatically different viewpoints surrounding the case, a close friend of the poisoned Sani said Tasi'u must face severe punishment to dissuade other women from thinking her actions were acceptable.

“Four other women have tried to poison their husbands' food,” Husseini Yansoro claimed.

“We believe they were encouraged by the legal support Wasila (Tasi'u) is getting and the rumours that… she will soon be freed.”

AFP could not independently verify his claims about other poisonings in the area.

The uncle of the accused said those who are now paying attention to the case have no understanding of life in the cripplingly poor area.

“Our girls don't go to modern school because we don't have one, not even a primary school,” the 44-year old said.

“Once our girls reach the age of 14 we marry them off… What do we keep them at home for?”