Baby In Womb Of A Grieving Mother At Higher Risk Of Obesity In Adulthood, Pregnancy Study Suggests 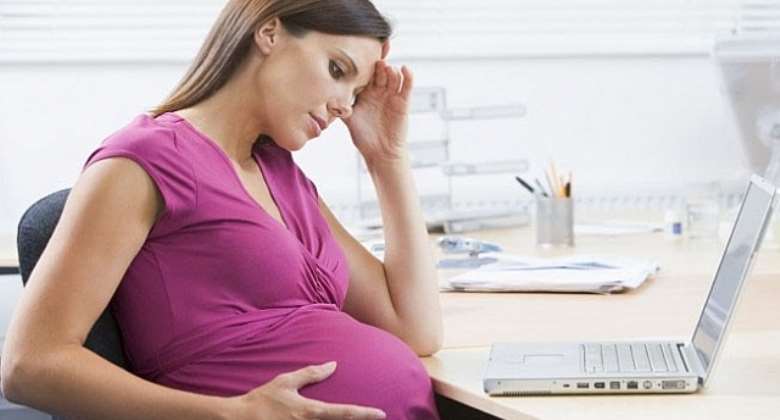 A Danish study was recently performed looking at the connection between obesity and factors in the womb specifically stress. The study was done to determine if a child's mother was experiencing large amounts of stress or grieving during pregnancy, if it could contribute to obesity of the child in adulthood. The findings are pretty interesting.

The biggest issue for the study was determining how to measure stress.   According to the study   introduction, “measuring stress in large scale studies is a major methodological challenge, especially if considering coping capacity, but severe stressors like bereavement is well described. Bereavement is classified as the most stressful, but rare, life event and it will cause severe stress in almost all exposed, regardless of coping strategies, and especially if caused by loss of a child or spouse.”

Therefore, the study chose to follow families who experienced the loss of a close relative during or just prior to pregnancy to determine if the child would suffer from obesity later in life.

Heathday News   noted that in the study children whose biological fathers died while they were in the womb were twice as likely to become obese as adults, because of the stress of bereavement on their mother. The lose of a husband during pregnancy would be one of the most stressful events for a mother. She would be coping with the loss of a loved one along with the stresses associated with preparing to care for a child.

The study included 119,908 men born from 1976 to 1993. Among them, 4,813 were born to mothers bereaved by death of a close relative from 12 months preconception to birth of the child meaning stress hormones were likely high in the mother.

One of the researchers in the study, Carsten Obel, feels it is practical to assume stress could play a factor in obesity in later life noting:

The   results of the study   show that median BMI was similar in the exposed and the unexposed group, but the prevalence of overweight and obesity was higher in the exposed group. The study concludes that “maternal bereavement during the prenatal period was associated with increased risk of overweight or obesity in a group of young male conscripts, and this may possibly be reflected to severe stress exposure early in life. However, not all associations were clear, and further studies are warranted.”

It is important to note that the researchers found no association between adult overweight or obesity and any stress a mother experienced following the birth of her child such as post-traumatic stress syndrome. The stress had to take place while the child was in the womb.

What do you think of this new study? Do you think more studies should be done to determine if stress and grieving of mothers during pregnancy can have an affect on the child later in life, such as obesity?