Sex and Teenagers: A Ticket to Pregnancy 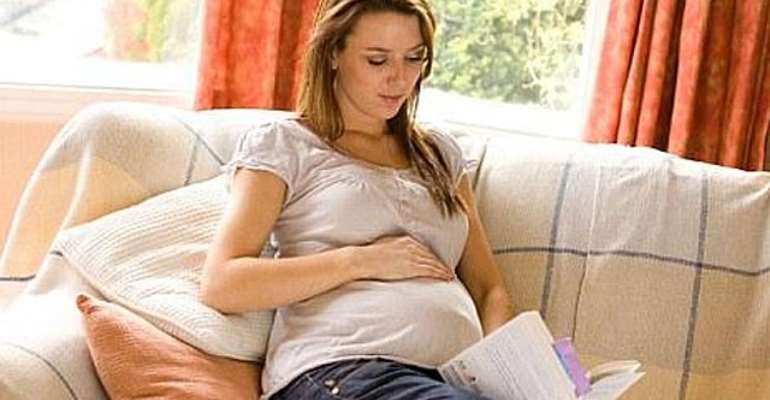 'My sister is only 12. She's not sexually active.'
'My daughter won't get pregnant. I put her on the birth control pill.'

'My niece won't get pregnant, because she doesn't want to have sex until she is married.'

At the time, all of these statements were made by mothers, daughters, sisters, aunts and friends. There was true conviction in their voices. At that moment in time, they truly believed what they were saying.

How wrong they were.
Unfortunately, all the women behind these statements have showed up in my office with a teenage Mom.

Why? Unfortunately, children are becoming sexually active at a younger age than ever before.  ALL methods of birth control have a failure rate. And some girls who want to be virgins until they get married succumb to the pressures of their boyfriends and friends.

The bottom line is that any female who is sexually active is at risk for becoming pregnant or contracting an STD.The only way to be 100% sure to NOT get pregnant or NOT to get an STD is to abstain from sex.  This is an unrealistic expectation for many teens.

What the Numbers Say
Did you know that a sexually active teen who doesn't use contraceptives has a 85% chance of becoming pregnant in a year? That 31% of sexually experienced teenagers have been pregnant at least once?  That's an incredibly high number! Here are some other facts you might find alarming:

An estimated 8,300 young people aged 13-24 years in the 40 states reporting to the Center for Disease Control had an HIV infection in 2009.

Adolescents who have sex early are less likely to use contraception, putting them at greater risk of pregnancy and STDs.

The condom is the most common contraceptive method used at first intercourse; 68% of females and 80% of males use it the first time they have sex. Condoms, when used correctly, are the only method of birth control that prevents STDs.

About 25 percent of teen girls who give birth have another baby within two years.

Unplanned Pregnancies
Of the one million teenage pregnancies that occur each year, only 13% are planned. So why do so many teenagers get pregnant?

They were drunk or under the influence of drugs. Many teenage girls report they were drunk when they first had sex and didn't think about birth control. In one study of unplanned pregnancies in 14-21 year olds, 1/3 of the girls who had gotten pregnant had been drinking when they had sex.

Certain Teens Are More Susceptible to Getting Pregnant

There is no such thing as a typical 'pregnant teen.'  It can happen to virtually any female of child-bearing age. The major reason more teens do not have sex at a young age is because of religious or moral reasons (33%).

Without a doubt, certain teens are at risk for unplanned pregnancies. These factors include:

Growing up in a single parent family - teenagers living in single-parent households are 1 ½ - 2 times more likely to become teenage parents than those in two-parent families.

Living in poverty or a high poverty neighborhood
Being raised by parents who are uneducated
Irregular attendance at school
The good news is that teen pregnancy rates are falling. The bad news is that the U.S. has the highest rates of teen pregnancy than their counterparts in any other industrialized country.

Second, education is the key. Too many teenagers have misinformation about sex: for instance, many still believe that they cannot get pregnant the first time they have sex. Others do not even know how sexual diseases are communicated. In addition to sex education courses at school, parents need to keep an open line of communication with their pre-teens and teenagers. Having 'the talk' once is no help.  Teenagers say that it is their parents - not their friends - that most influence their decision to have sex.  Teenagers go so far as to say that unplanned pregnancies would not occur as often if they could talk to their parents openly about sex.

It's time to be realistic and honest with your kids.

About The Author
Jeffrey A. Kasky , Esq. is a Florida adoption lawyer and Vice President of  One World Adoption Services, Inc.,  a Florida-licensed not-for-profit child placing agency. Jeff's diverse career experiences include co-authoring the book, '99 Things You Wish You Knew Before Choosing Adoption' with Robert A. Kasky, Florida-certified law enforcement officer, and involvement in the autism community, including a TV show focused on helping families with legal issues related to autism called ' Spectrum at Law ' on The Autism Channel. A practicing attorney since 1995, he has worked on more than one thousand adoption cases.

Mahama becoming President again is one of the greatest calam...
48 minutes ago

What Shatta Wale did was childish and stupid — Nii Ayitey An...
56 minutes ago