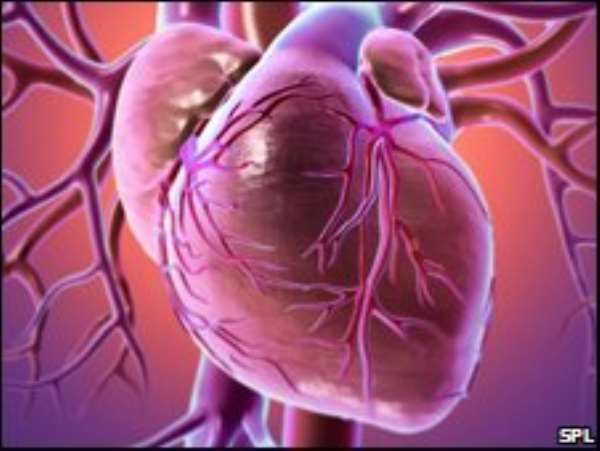 US research may pave the way for a drug to cut the permanent damage caused by a heart attack.

The researchers found that blocking a specific protein in mice was enough to cut potentially crucial scarring significantly.

Their work could also make it easier to employ other treatments, such as stem cells, to help improve heart function, said a UK specialist.

The research was published in the journal Nature Cell Biology.

When the heart is starved of oxygen during a heart attack - normally because of a blockage in one of the arteries supplying it, it sets off a damaging chain of events.

This initial injury sparks inflammation, and the laying down of collagen scar tissue - a process called fibrosis - in the organ which can interfere permanently with its ability to pump blood.

The researchers from the University of Wisconsin Madison and Cornell University in New York have been looking for the chemical messengers which set this chain reaction going.

In particular, they looked at the role of a protein called sFRP2, which had not previously been linked with the laying down of collagen.

They used mice deprived of this protein to test whether it made a difference after a heart attack, and found that those lacking sFRP2 had far less scarring.

Drug hope
Professor Daniel Greenspan, one of the researchers, said: "Importantly, we found that when we reduced the level of fibrosis, heart function significantly improved in the mice."

While the genetic block on sFRP2 cannot be applied in humans, there is hope that a drug which could reduce its impact in humans in the hours after a heart attack could be produced.

Dr Paul Riley, a reader in molecular cardiology at University College London, said that the find was "exciting".

He said: "Fibrosis is very important - we really need to prevent this collagen deposition.

"There's no point in having treatments which can lay down new muscle and blood vessels if there is a large amount of scarring, as this will prevent it working properly. Reducing fibrosis could make these more likely to succeed.

"In theory you could have a drug which could target a receptor for this particular protein, perhaps just in the heart, in patients who have just suffered a heart attack."

The researchers said that other diseases, such as liver disease and lung disease, which featured large amounts of scarring damage, might be helped by blocking the protein.

I wanna sleep in jail for this — says Shatta Wale whiles lea...
36 minutes ago