The One Often Overlooked Secret To A Successful Marriage 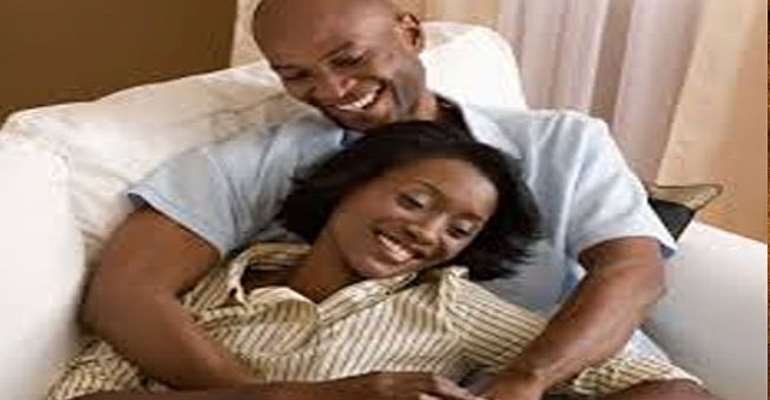 The One Often Overlooked Secret To A Successful Marriage-Forget the phrase 'Happy wife, happy life': A recent study by the University of Chicago reports what many wives have suspected for years: that the happiness of a marriage is determined by the husband's health and attitudenot the wife's. The study examined married and cohabitating couples, ages 63 to 90, with an average relationship of 39 years.

The researchers found that when husbands were in poor health, wives reported more conflict, but when the roles were reversed and the wives were the ones in poor health, it had no impact on husbands' quality of marriage. Similarly, when husbands showed more positivity, the marriages saw less conflict; but when the wives showed more positivity, the marriages saw no change. Basically, it was only the husbands' happiness that affected the overall health of a marriage.

So what gives? Do wives just keep it all running smooth and are happy no matter what the circumstances? Do husbands need more emotionally and really rule the roost?

Why Men's Moods Matter
There may actually be some validity to husbands' emotional weight. 'Men are very often more sensitive than women, despite stereotypes you've heard,' says relationship expert April Masini. 'It's a lot easier for men to become depressed or unhappy than women in the same circumstances. Men are sensitive, and when they're unhappy, the marriage dynamic flags.'

Indeed, when the goin' gets tough, women get tougher - especially over time. In a study by Yale professor of psychology Dr. Susan Nolen-Hoeksema, it was found that rates of depression, anxiety, and suicide decrease as women age. The study notes, 'Older women were more likely than older men to tap their mental, emotional, and relational strengths to deal with adversity, which in turn left them less vulnerable to depression and anxiety in the face of difficulty.'

Since wives seem to be better equipped to handle problems, it makes sense that men's happiness may be more crucial to relationship quality. But that doesn't mean that they are in control of the marriage. Nancy Fagan , a divorce mediator who works with couples ages 50 to 70, says, 'Eighty-five percent of relationships are ended by the woman. Women initiate divorce because they tire of men not putting effort into a relationship. Meanwhile, when men come in they always ask, 'What can I do to win her back and stop this divorce?''

The Keys to a Happy Marriage
But most marriages don't need to reach the point of dissolution. At the end of the day, relationships have to be 50-50 in order to be successful. 'Men value competency and problem solving. Women value intimacy and emotional connection,' says Tina B. Tessina, Ph.D., psychotherapist and author of 'Money, Sex and Kids: Stop Fighting About The Three Things That Can Ruin Your Marriage.' 'The truth is that learning successful problem solving can end fighting and therefore lead to more intimacy.'

As you age together, there are plenty of approaches you can take to maintain the love that brought you together at the start. Consider these tips from Gregory A. Kuhlman, Ph.D. and Patricia Schell Kuhlman, LCSW, founders of Marriage Success Training:

Build (or re-build) positivity in your relationship. Research has revealed that happy couples have at least five positive interactions for every negative one. Couples who slip below five-to-one have a hard time restoring the balance and tend to interpret neutral interactions negatively. Repair after your fights. Don't allow prolonged periods of resentment to persist.

Keep returning to the things that you enjoy doing together and that brought you together in the first place, but also use novel experience to spice things up.

Make time for your relationship no matter what. Couples need to spend 12 to 15 (non-sleep, non-TV) hours per week together on average to keep their bond strong.

Celebrate your relationship. Develop rituals to commemorate your anniversaries and other memorable relationship milestones. Build a relationship mythology by telling your stories, such as that of how you met.

By Kristyn Pomranz
SPECIAL FROM Grandparents.com