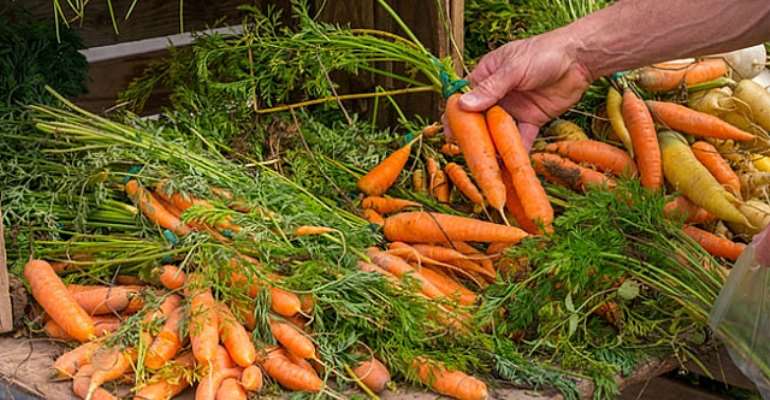 Home gardeners grow carrots in a motley rainbow of colorful varieties . Every spring they dig up and enjoy purple, white, yellow, and red carrots – yet these are rarely available in the shops. Why are orange carrots so special?

Why are they the only ones most people ever see?
The very first cultivated carrots came in a variety of colors. People in the medieval period were quite accustomed to eating carrots that were purple, yellow, orange, or white.

Growers began experimenting , trying to improve the taste and appearance. The big change came in the 16th century when orange carrots began to dominate. According to legend, the orange carrot first appeared in the Netherlands.

Dutch growers hoped to create a sweeter, more pleasant carrot that was less bitter than the yellow varieties. This led to a focus on orange coloring. Within a short time, orange carrots had eclipsed every other variety and had become the predominant type .

Legend suggests that the orange carrot became so popular because it was associated with the House of Orange, the Dutch royal family. Dutch growers could be seen as patriotic by eating and growing orange carrots.

The Dutch were rebelling against their Spanish overlords at that time and seeking to create an independent state. Within a century, the House of Orange had also ascended the British throne, giving it even greater eminence throughout Europe.

Is that really why orange carrots became the most popular variety? Well, probably not – but it is a lovely story! What is more likely is that orange carrots become so popular because they had a sweeter taste .

They also kept their color after cooking and did not stain the cookware as purple carrots did.

Orange carrots do have a higher nutritional value. This is due to the presence of high levels of beta-carotene, which creates the orange color.

When we eat orange carrots, the beta-carotene is converted into Vitamin A , which is essential for good health and vision.

Vitamin A keeps eyes healthy, helps prevent cataracts, and improves night vision. In fact, night blindness is caused by a deficiency of vitamin A.

A vitamin A deficiency can also cause xerophthalmia, a condition in which the eyes no longer produce tears. That doesn't sound so bad, but it is a potentially serious condition.

Eyes can become very dry and ulcers can develop on the corneas.

Carrots are not the only food that contains beta-carotene. Other orange-colored foods such as mango, pumpkin, melons, and sweet potatoes are good sources of beta-carotene. It can also be found in dairy products like milk, cheese, and egg yolks.

The next time you enjoy carrot sticks on your crudité tray, remember the House of Orange and the poor medieval serfs who suffered with bitter-tasting purple and white carrots.

And help yourself to more carrots – but not too much.

The old wives' tale about too many carrots turning your skin orange is true – it's a medical condition called carotenosis .

It's not medically serious, but it can take several months for your skin color to return to normal.

So enjoy carrots – in moderation!