This Is Your Brain on Food: The Link Between Eating Well and Mental Health 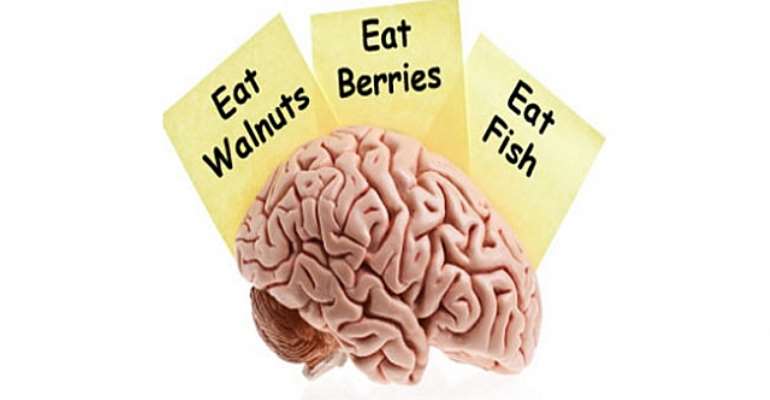 This Is Your Brain on Food: The Link Between Eating Well and Mental Health.Should the Hippocratic maxim “Let food be thy medicine” apply to mental health care? Absolutely, says Dr. Bonnie Kaplan, a professor at the University of Calgary and a pioneer in a resurgent field of research on the role diet and nutrition plays in the health of the brain. She says the medical and psychiatric community is rediscovering the many connections between food and mental illness after more than a half century of depending primarily on prescription drugs for relief.

“From around 1950 or so, there was an explosion of research on medications,” she says. “Big pharma took over the treatment of psychiatric illnesses, and we lost centuries of knowledge.”

Before that, we knew better. Kaplan points to the 1855 edition of  The People's Home Library— a standard on the bookshelves of homesteaders across North America in the late 19th and early 20th centuries. In it, author T.J. Ritter diagnoses the cause of most psychiatric conditions as “imperfect nutrition.” Ritter asserted that for most people, improving one's diet could help improve one's mind.

But 20th century mental health care providers too often missed the point Ritter—and Hippocrates long before him—were making, Kaplan says, by treating the mentally ill with supplements of one nutrient or mineral at a time.

“They were seeing mixed results, because that's just ridiculous,” she says. “We need [the nutrients] all together in proper balance.”

We may soon see psychiatrists prescribing produce rather than Prozac, however, thanks to a fairly recent body of academic research showing food's powerful effect on mental health. Kaplan has been a leader in this area, publishing several studies linking nutrient intake with improvement in mood disorders in both adults and children. In a 2012 study with colleague Karen M. Davison, Ph.D., R.D., published in the Canadian Journal of Psychiatry , the authors recruited 97 adults diagnosed with a mood disorder to record their diets and moods (how they felt throughout each day) over a three-day period. At the end of the study, Kaplan and Davison found that participants' vitamin and nutrient intake was “consistently and reliably” associated with better moods and mental health.

Other studies have shown similar results and even pinpointed specific diets that appear to be associated with a healthier brain. Epidemiological studies, for instance, have linked a Mediterranean diet of mostly vegetables, fruits, nuts, and plenty of olive oil with better brain function. But the diet of good mental health doesn't start and end with rabbit food. In a 2011analysis   http://www.ncbi.nlm.nih.gov/pubmed/21715296 of more than 5,000 Norwegians, Michael Berk, a professor of psychiatry at the Deakin University School of Medicine in Australia, and his collaborators found lower rates of depression, anxiety, and bipolar disorder among those who consumed a traditional diet of meat and vegetables than among people who followed a modern diet heavy with processed and fast foods—or even a health-food diet of tofu and salads.

“Traditional diets—the kinds of foods your grandmother would have recognized—have been associated with a lower risk of mental health issues,” Berk told  The Washington Post .

Let's be real, though: A holistic approach to mental health care is necessary, and there are times when those living with various disorders need a pill (or three) alongside a plate of whole foods. But with a new, strong body of research in her corner and even a newly formed international research society, Kaplan dreams of a day when we've restored a proper balance between medical and nutritional mental health care—something Hippocrates would more easily recognize.

“In my ideal world, diet and nutrition is the primary treatment,” she says. “And medication is used as supplements.”

For more on this topic, consider participating in an April 9 Webinar—“Food on Our Minds: Diet, Mental Health, and the Role of Community Food Programs”—that will feature Davison and Kristyn Dunnion, who runs a community food center for those struggling with mental illness and poverty.