How to Age Healthy 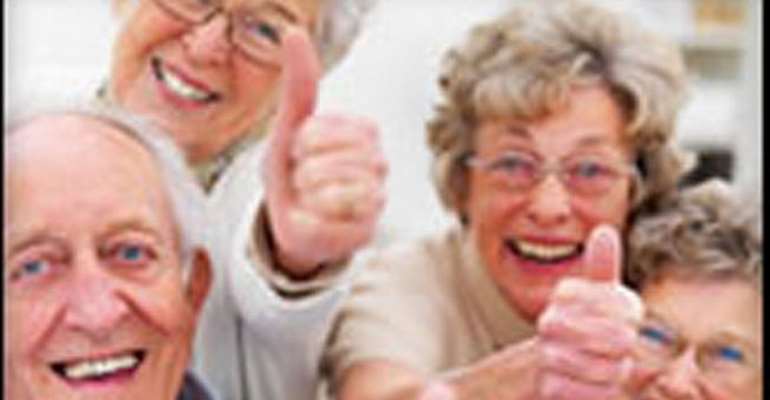 Many fear the thought of growing old! Following is the testimony of a 70-year-old lady who tells of her fears of growing old and how a simple diet change removed her fears, and restored her health…

“As I look back to prior to my adopting the Hallelujah Diet on December 4, 2006, my physical body was deteriorating rapidly. I loved the Lord, and I knew He loved me, but He had allowed me to go on a path of self-destruction for such a time as this – so that I could, at the age of 70, share with others my age that it is never too late to improve their physical body and quality of life.

“Because of my poor choices in nutrition, not only did I have a weight problem, which I had experienced the better part of my life, I also suffered greatly with acid reflux,indigestion, chest pains and heartburn. But as bad as those problems were, my problems of greatest concern were that I was experiencing brain fog and forgetfulness, confusion, frustration, and some depression, topped off with a great loss of energy.

“I was coming to the conclusion that I was just plain old and worn out and headed for dementia or Alzheimer's, or a heart attack, stroke, cancer, or for sure osteoporosis, because that's the message you hear and read about from the media, that you can expect, as you age.

“On December 4, 2006 I was looking for some papers for my husband Jim. They were very important papers and I had carefully put them somewhere so that they would not get lost. But I could not find them, and it was a very scary situation, because it was a situation that was happening far too often.

“That same day, I was in a store and saw on the shelf Rev. Malkmus' book, 'The Hallelujah Diet.'

My first thought was that there was no way I was going to buy another diet bookbecause I had tried almost all of them with only marginal success, always resulting in my “gaining back the lost weight plus some more. But I felt strongly impressed to buy the book, which I did. I then read the book.

It was radical, but simple, and so Jim and I decided to give the Hallelujah Diet plan a try. Well, that was December 4, 2006 and the results have been astounding!

“Since making the diet change, Jim and I have experienced a tremendous increase in energy level and we feel so good. My brain fog has cleared. My retention is much improved. My confusion, frustration, and depression are GONE!

“And praise the Lord, when my goal and purpose became my overall health rather than just losing weight, losing weight became a delightful plus and I have lost over 30 pounds. I feel like a new person and I thank the Lord so much, because it is only through Him leading me to that book by Rev. Malkmus, that all these improvements in my health and mental abilities have been helped.

“I want to add that my husband has also had wonderful results following the Hallelujah Diet. He had been a person with high blood pressure, high blood sugar, lack of energy, irregularity, overweight, and sleep apnea.

“Now his blood pressure is lower, his blood sugar is in normal range, he has greatly increased energy, and he has lost 30 pounds. But the best part is that his sleep apnea is gone! We are so thankful!

“There are many nutritional programs available to people today, but we chose to go with the Hallelujah Diet because Brother George Malkmus is the founder of Hallelujah Acres. His love for Jesus Christ is evident in all that he does, not only in his writings, but also as manifested in his love and compassion for people.

“My passion and my reason for coming to Health Minister training are because I am older and know what making a change in diet and lifestyle can do for an older person's health and mental abilities, because I have personally experienced the benefits of a changed diet. With Health Minister Training I will be better equipped to tell older people that they too can experience improved health and quality of life no matter what their age.”