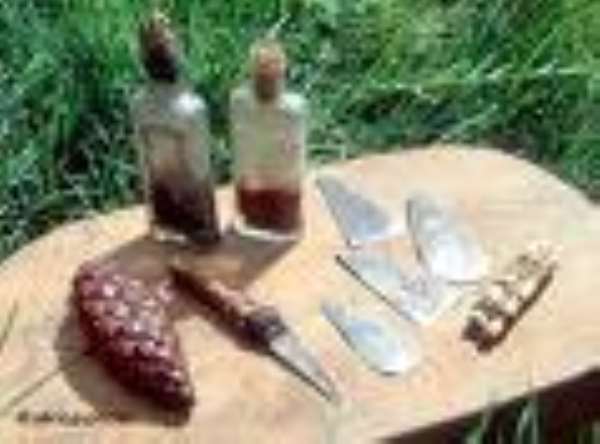 "FGM is a harmful practice that violates the rights of women and girls and infringes upon children's rights to special protection and has serious social, health and psychological consequences."

Image"I KNOW this pain is not going anywhere," said 20-year-old Ifrah Ahmed, a shy if strikingly self-possessed presence at the launch of Ireland's first action plan on female genital mutilation (FGM) in Dublin yesterday. "God knows what I feel inside my heart. I don't really want to cry. I don't want to feel bad. But this really makes me feel . . ."

Ms Ahmed, a member of Ireland's Somali community, has been in Ireland for three years and is one of an estimated 2,500 women living here who have undergone genital cutting. She was subjected to it twice - the procedure was originally carried out by a relative at home when she was just eight years old, and then again five years later due to complications the first time.

Yesterday she related the sense of shame that keeps many girls from explaining their condition to Irish doctors, and the physical and emotional pain that they endure long after childhood. She worries about childbirth, and has had difficulties dating Irish men because she finds it excruciating to explain what she has gone through.

"For myself, it's really very painful when I get my period. I can't go to school, I can't do anything. I have to stay two or three days at home. All girls who have been through this [are the] same as me." "I moved to Drogheda three months ago and still I come to Dublin for my doctor," she said. "I'm now very comfortable with my doctor and he has made me feel like I can talk to him. But it is very difficult."

Ms Ahmed was speaking at the publication of the Republic's first plan of action to address a practice which is thought to have been performed on up to 140 million women and girls living today. The document, drafted by a committee which included the Health Service Executive, Irish Aid and non-governmental groups, calls on the Government to enact laws to prohibit the practice and reduce the risk facing girls from some of Ireland's immigrant communities. It also suggests enhancing the capacity of the asylum process to accommodate gender-related claims and improving support within the health service.

Tendai Madondo of Christian Aid, a charity, said the publication of the action plan was a significant milestone and a "very significant day for many African women living in Ireland". FGM involves the partial or total removal of the external genitalia for non-medical reasons. It is usually carried out on girls between four and 15 years old, often without an anaesthetic and with the use of makeshift and unsanitary cutting tools including blunt knives or shards of glass.

"You're just taken by people who are older than you, who you cannot challenge. They just press you down and begin to cut on you. In the majority of cases these are unfamiliar faces - people with high status within the society," said Madondo. "Today, some little girl out there went through this."

The World Health Organisation estimates that between 100 and 140 million girls are living with the consequences of FGM and three million girls are at risk each year. The experience can cause chronic pain, excessive bleeding, infection and, in severe cases, death through blood loss. It can also lead to depression, difficulties with childbirth and increased susceptibility to HIV and other sexually-transmitted diseases, Madondo said. Although there is no evidence of FGM being carried out here, Akidwa, an African women's network, estimates there are more than 2,500 women living in Ireland who have been subjected to it.

Senator Fiona O'Malley said the plan proposed a "practical yet meaningful" approach for the State to pursue. "We're here because we share a commitment to the realisation of women's human rights, here in Ireland and around the world."FGM is a harmful practice that violates the rights of women and girls and infringes upon children's rights to special protection and has serious social, health and psychological consequences."