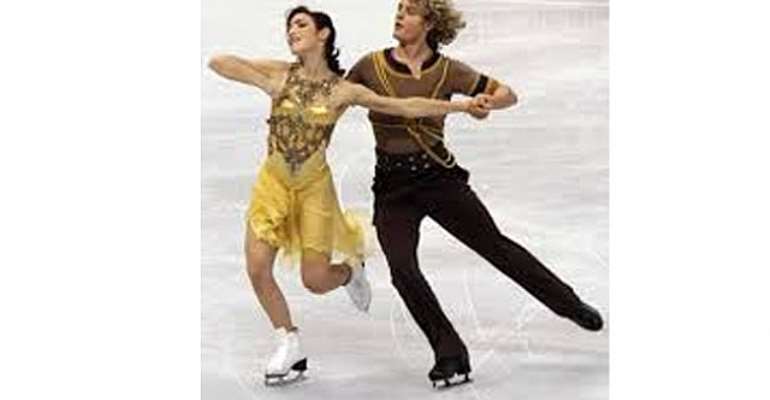 In a recent post on DesiringGod.org, John Ensor reflected on the God-given roles of husbands and wives as displayed by the Sochi Winter Olympics figure skating partners. “At its best, this event displays the strength and beauty of unity: how two different people become one. The gold goes to that couple which has most mastered the skill of male leadership and female support making one glorious whole,” he says.

The figure skating competition in the Winter Olympics can be captivating. In pairs, the male skater demonstrates leadership, initiative, and strength; his female counterpart follows his lead and trusts in his ability to catch her fall. “He has to learn to initiate and risk,” Ensor says of the male skater – if he does not catch his female counterpart, she could get injured and he would feel terribly. If fear of failure overwhelms him, however, then some of the greatest moves that figure skating couples are capable of would never even be attempted.

Aliona Savchenko and Robin Szolkowy, of Germany, compete in the pairs free-skating event during day five of the Sochi Olympics.

The skaters gladly fall into the roles that they were designed to have; his, of strength and hers of graceful responsiveness. “They do not fight for equality on the ice … They are focused on doing their part well,” says Ensor. The audience applauds the couple as they dance according to their God-given makeup; they are not disappointed that she does not possess his strength.

“This is a visible model of what male leadership and female support are all about. It's an art form … When it's done well, it's a welcome sight in which both partners are fulfilled in themselves and delighted in the other,” Ensor says.

Ephesians 5:22-31 says, “Wives, submit to your own husbands, as to the Lord. For the husband is the head of the wife even as Christ is the head of the church, His body, and is Himself its Savior. Now as the church submits to Christ, so also wives should submit in everything to their husbands.

Husbands, love your wives, as Christ loved the church and gave Himself up for her, that He might sanctify her, having cleansed her by the washing of water with the word, so that He might present the church to Himself in splendor, without spot or wrinkle or any such thing, that she might be holy and without blemish. In the same way husbands should love their wives as their own bodies. He who loves his wife loves himself. For no one ever hated his own flesh, but nourishes and cherishes it, just as Christ does the church, because we are members of His body. 'Therefore a man shall leave his father and mother and hold fast to his wife, and the two shall become one flesh.'”

Biblical headship and submission are a part of a beautiful dance; they bring glory to God and joy to both husband and wife.

[Hot Video] Shatta Wale vim dies as prisoners hoot at him in...
52 minutes ago