What really happens on your wedding night 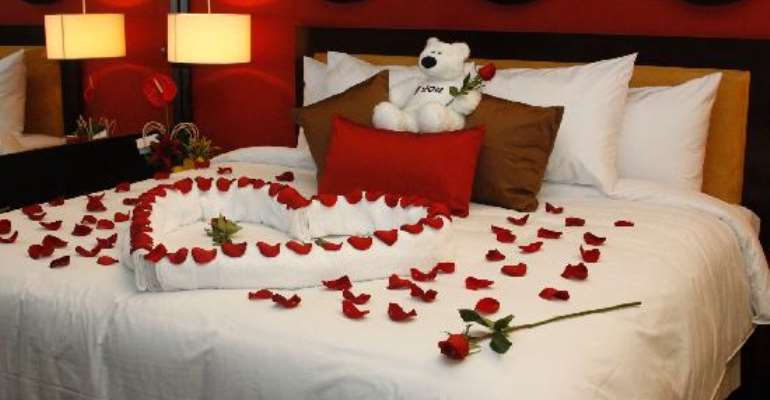 If the night after you exchanged your vows ended with an orgasm, consider yourself lucky: 52 per cent of newlyweds say they didn't have sex on their wedding night, finds a recent survey of 2,128 people by the U.K. coupon website Voucher Codes Pro.

Clearly, it's time to dispel the totally overwhelming notion that your wedding day -- and night -- have to be 100 per cent perfect. So we got real couples to share the un-sugar-coated version of how their first night of matrimony went down. We guarantee they'll make you feel better:

The Total Rage-Fest
"Someone brought a keg to our reception, and my husband was doing keg stands most of the night. He got really drunk -- along with most of the party -- and I almost gave him back the ring during a fight. We slept in separate hotel rooms that night, but we're still married six years later." -- Lori Johnson

The Handsy Groomsman
"One of my husband's groomsmen backed out at the last minute, so we replaced him with another friend. All night this guy kept hitting on my sister, who was also my maid of honour -- not to mention 10 years younger than him. When everyone wanted to go to bed, I let my sister sleep with my new husband and me so that this guy would finally leave her alone." -- Amy Bradford

The Burn-Out
"We had our wedding on a beach, and my husband got a really bad sunburn. He could barely lie on his back, let alone do anything more physically taxing. It took four days before we could consummate our marriage." -- Amanda Clark

The "In Sickness" Part...
"I had the flu on our wedding day -- and I had it bad. I wasn't allowed to do anything but sit down, drink lots of fluids, and take cold medicine. By the time we got home, I went straight to bed while my husband sat in front of the TV to play Xbox." -- Kristina Stump