Who is more powerful? Man or Woman 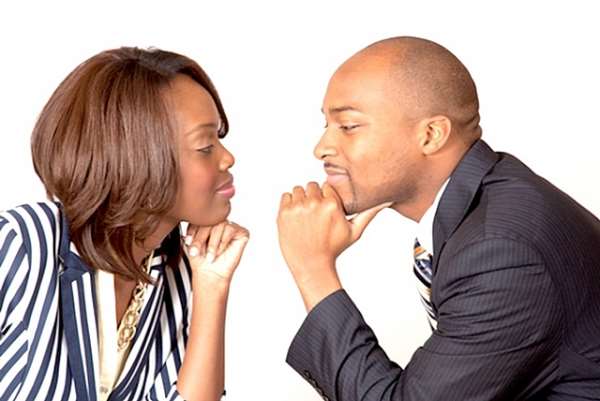 This may explain why some politicians use bribery, manipulations, cheap propaganda and occults to win elections.

Our love for power does not stop when we get into relationships. We use what we have to get what we want. Many partners struggle for power to control, avenge and insist on their rights. They want to find out who is more powerful.

The power of man
Man is born competitive and, therefore, loves power because it gives him emotional fulfilment as he solves problems, guides, protects and controls his woman. For a man, power shows competence and efficiency. A man, therefore, loves to exercise his power over his woman.

He may fall in love suddenly but he has the power to sleep with her closest friend. A man can, therefore, make a woman laugh or weep, feel wanted or rejected and lonely.

A man has power to control his emotions. What he says or does with a woman may be completely different from what he thinks. He has the power to help a woman live her dreams and at the same time manipulate a woman to live his dreams.

The power of woman
A woman's perception of power is defined by her sexuality. She knows by instinct that she is powerful because she can use sex to control a man since sex is his weakest spot. A woman's ability to grant or withhold sex is the centre of her power.

A woman knows by instinct that you need her. She creates illusions on your mind and makes you think you can get her if you show you are a man. She has the power to 'remove' a man's brain and relocate it in his genitals. At this point a man will do anything to prove himself.

Interestingly, studies show any woman using the right tactics at the right time and place can overcome any man. Today, we hear of very popular politicians, doctors, engineers and businessmen pleading with their housemaids to get the green light. Some become pregnant and promote themselves to 'madams'. Some men kneel down before their women or carry them on their backs before they get the green light.

No man is exempt from the charm of a woman. For example, Jim Baker and Jimmy Swarggard at one time had very  fast,  growing charismatic churches in the world. Jim was floored by his secretary and Jimmy by a prostitute.

In the Greek comedy Lysistrata, we read of an intensive war with heavy casualties. When nothing could stop the war, the women decided to show that power stops with them. They decided to stop the war simply by resolving to deny their men access to the 'strong room' until the fighting stopped. The war stopped overnight!  'Who say man no dey?'

If you think man is the head, appreciate at the same time that a woman is the neck which can turn the head anywhere and anyhow it wants to!

Power in a relationship can, however, be good or bad because it can be used positively or negatively. It can therefore be a sanctuary of love or battlefield.

If you misuse your power to control, manipulate and abuse your partner, you may destroy their self-esteem and will to love and be loved. You lose and destroy the beauty of love.

­­Resolve to be the more powerful lover by the sacrifices and care you show to nurture your relationship through thick and thin.

Hottest Photo Reports
Catch up with all the political quotes from our politicians.
Advertise here
More Touch Of Thoughts
ModernGhana Links
Africanising the Wine Experience
Old friends reconnect: Mrs. Kyei-Mensah shares how Le’Chi was Engineered
2 times Somayeh Noor nailed it with her powerful Quotes
My unsaid truth
You Cannot Give What You Do Not Have
It Lies Within Me
Benefits of Wisdom (13): Effective Leadership
My Little Corner Shop
Turn Your Handicap To Your Advantage
TOP STORIES