The power of woman 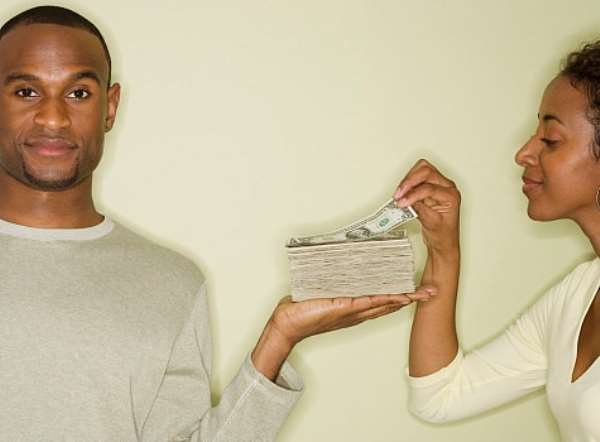 'Fear women'. This is a simple but serious warning we see written on cars and shops. We also hear it in our everyday talk. Those who adhere to this philosophy will tell you of stories they have heard, seen and experienced about how men have been destroyed by women.

But why should men fear women? A man has 40 per cent by weight of muscle but a woman has only 20 per cent. A man has more blood, more oxygen and more hormones to give him twice the brute strength of a woman.

Men, therefore, tragically think women are the weaker vessel. What they fail to appreciate is that in the weak vessel is a powerful anointing that a woman can use to still the strongest tsunami of a man to a whisper by simply raising one finger.

If a woman realises her power and decides to use it, she can own a man irrespective of who or what he is.

A woman's power over man dates back to Biblical days. Adam was crushed by Eve. Sampson, who was very powerful, surrendered to Delliah. David felled a nine-foot Golliath yet fell under the spell of Ballishe. Solomon, who ruled over the golden years of Israel, surrounded to women. Imagine a roll call of 700 wives and 300 concubines!

The strategy
A man has great emotional fulfillment as he solves problems of a woman. A woman instinctively knows illusions are the most powerful weapons to track down a man. She, therefore, uses what she has to create illusions on his mind, especially the ones that bring sensation and the thrill of feeling loved.

She does this in simple ways like dressing to kill, walking provocatively, romantic acts, jerks, jokes and simple expressions to show they admire your presence and action.

This challenges you to act like a man. Unfortunately, at this moment the woman has used her power to move the man's brain from the head and relocated it between his legs. He is hypnotised.

In this condition, a man will do anything including risking anything to keep the illusions alive and the romantic sensation flowing. He acts in ways to obey, provide and protect the woman. Interestingly, studies show any woman pressing the right buttons at the right time can trap any man. Fear women!

To women
You have all the power to control men and the world. Without you, men have nothing and can do nothing. A man's dependency on a woman is rooted in a 'woman's complex' . This will stay as long as a man is born of a woman and to the end of the world.

You must, however, use your mantra judiciously to bring mutual fulfillment in your relationship. If you put the focus on yourself and selfishly abuse your power, you give your man an overdose and turn him into a 'toke' or living dead. He can no longer respond to your loving charm.

Your power is good. Men need it but without true love, your power will be dominated by fear. This is especially true of women who use all kinds of occults, threats and manipulations to control their men.

Men, fear women
Women have extraordinary power over men and can do almost anything they want with their men. Today studies show 95 per cent of all decisions of men are done under the influence of a woman.

It is also known that the major influx of information men receive about themselves come from women. Men have the power to do all the physical labour but women do the remote control.

Samuel Johnson, a psychologist, says nature has given women so much power that the law can only give them less. Women will always have power over men.

If you want all to go to well with you and live long, take this simple advice; 'Fear women'.

By John Boakye/The Mirror/Ghana
The writer is the Director of Eudoo Counselling Centre, West Legon. He is also the author of 'Your Guide to Marriage' and 'Love Unlimited'