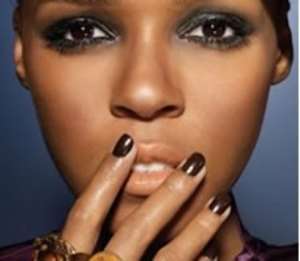 Guidance states that fingernails should be short and free of varnish.

But an online poll of nearly 500 student nurses found lapses were commonplace with 60% reporting nail extensions and polish being used.

The Royal College of Nursing said the findings were "worrying".

The survey was carried out by Cardiff University and London's City University.

Overall each of the 488 students who took part reported seeing at least one breach in infection control rules by health staff once other problems, such as a failure to wash hands as well as breaches of nail care were taken into account.

The researchers, writing in the American Journal of Infection Control, said the survey showed lapses were widespread.

Tom Sandford, of the RCN, added: "Fingernails should be short and free of nail varnish. False nails should not be worn.

"Health organisations should uphold clear local policies on uniforms and work-wear and their implications for infection control and health and safety.javascript:openNewWindow('pix.php', 'PhotoGallery','900','700');"