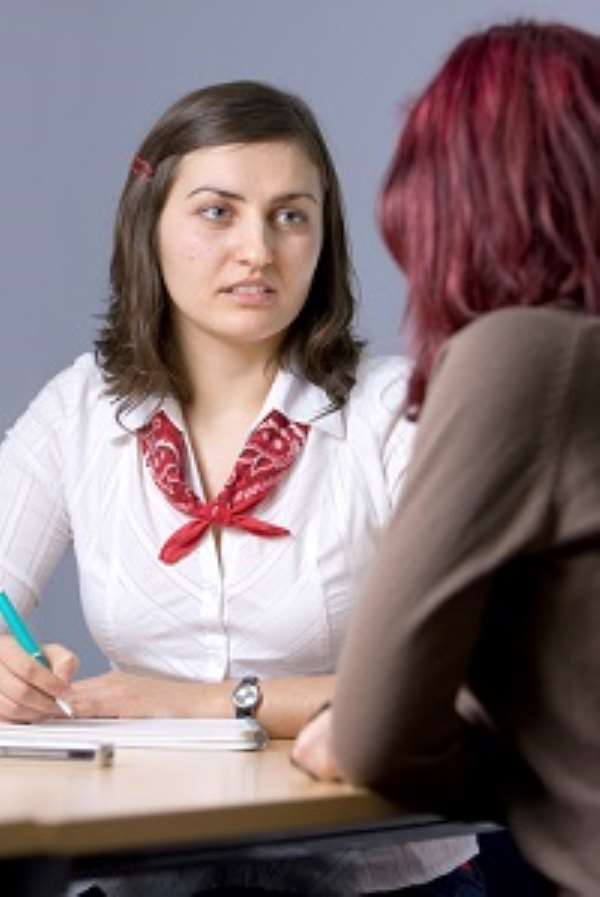 Hiring the right nanny for your family means doing your homework. It means checking references, comparing work histories and conducting multiple interviews. But getting to the heart of the matter means asking the kinds of tough questions that force someone applying for a nanny job to give honest, thorough, revealing answers. It's not about embarrassing them or causing them to trip up; this isn't an interrogation on prime-time TV. Rather, it's about getting them to think outside the box and talk honestly about their successes and failures. Once you have that information, you can then use that knowledge to start building trust and determine whether a particular nanny is the best fit for your family. Here are some questions to guide you:

'Have you ever suspected that one of the children in your care was being abused?'

This is a blunt question, but it checks for a lot of things. Primarily, there's the awareness of problem situations, and how the nanny learned about them. But it also explores how the nanny deals with major crises, particularly those that could have emotional, financial and legal fallout. Dealing with emergencies is par for the course as a nanny, and questions like this one cut to the heart of the matter.

'Are you willing to submit to a background check?'

Nanny background checks are a good way to collect information on criminal history that people might not be willing or eager to talk about in a job interview situation. Yes, you should ask about their past in the interview, including work history, where they've lived and so on. But you should also ask them if they're willing to sign off on a background check. A check is really win-win: it lets them disclose their past without having to go through it in detail in person, and it gives you a good base of knowledge when making your hiring decisions.

'How do you discipline children? Can you give specific examples?'

It's crucial that you find a nanny whose style and beliefs are compatible with yours, especially when it comes to discipline. As such, it's important to ask how the nanny carries out disciplinary actions and get specific examples. Those examples are key here, since job applicants in any field (not just childcare) can easily slip into vague conversational tactics that strive to just tell the interviewer what they want to hear. Set the nanny at ease and say you're really looking for their experience and opinion, and that they should speak freely and candidly.

'How do you feel about our beliefs?'
This isn't the kind of question you'd expect to ask (or be asked) at a corporate job interview, but nanny job interviews are anything but typical. It's important to phrase this part of the conversation carefully because, while you should make it clear you don't want to force a particular belief system or worldview on the nanny, you do want to hire someone who will respect those beliefs and allow for their practice (and who won't disparage them in front of the children). For instance, if you and your family adhere to a certain religion, then your attitudes and discipline will probably be based in that religion's teachings, so you should find a nanny who's OK with that.

'What kind of education have you received?'
Again, a seemingly innocuous question that actually deals with a host of vital issues. It's important not just because a nanny's education level and relevant certificates will tell you about her training, but because it tells you how highly she values education and if she'll be able to help you pass those values along to your child. Did the nanny study childcare? Have they received any educational or safety-related certifications to bolster their experience? Is this something they just kind of fell into? How much importance do they place on education? These are all great avenues to pursue.

Ask for specifics here, too. Every nanny's probably got a horror story (or several) about childcare or discipline gone awry, and it behooves you to hear about it. You're not trying to get them to tattle on anybody or throw former employers under the bus, but it's worth hearing about the bad experiences to learn how nannies handle pressure and adapt to crisis situations.

'What if my kid doesn't like you?'
There could be any number of reasons for a child to develop a dislike for their nanny, and sometimes it might mean the nanny isn't a good fit. This question, though, is designed to put the nanny on their toes and see how they think outside the box when presented with an issue that they might not have previously considered. How do they build trust with the kids in their care? How do they win over the difficult ones? How would they react if the child started complaining about the nanny? It's for everyone's benefit that they're prepared for any eventuality, so don't be afraid to quiz them on the tough stuff. Remember: hard questions now save you personality conflicts later.