15 condom mistakes you are making 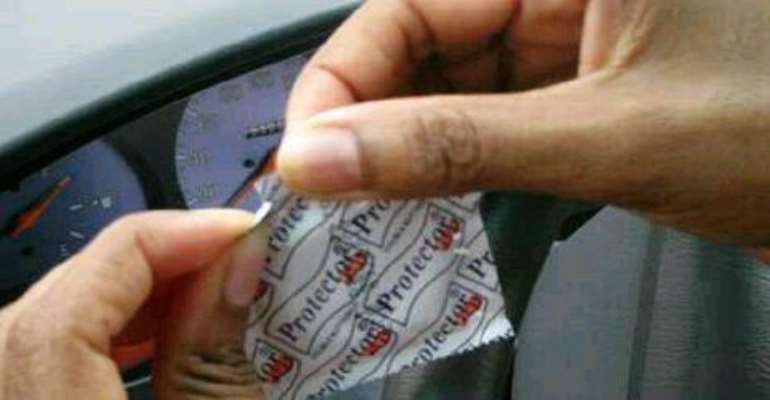 Putting on a condom may seem second nature to you by now, but are you actually doing it the right way? Sadly fellas, the latest research suggests you might not be.

Researchers from Indiana University analyzed 50 studies on condom usage, and after punching the numbers on 16 years of data, they found a laundry list of errors. Could you be making one of them? Check out the top 15 things that couples are doing wrong when gearing up for getting down.

1.Late application
Across the numerous studies, between 17 percent and 51.1 percent of people reported putting a condom on after intercourse has already begun which doesn't quite cut it when it comes to STD prevention.

2.Early removal
Between 13.6 percent and 44.7 percent of the respondents reported removing the condom before intercourse was complete. (We'll take 'defeating the point' for 1,000, Alex.)

3.Completely unrolling the condom prior to application

Between 2.1 percent and 25.3 percent of people admitted to completely unrolling the condom before sliding it on. How does that even work?

4.No space at the tip
Failing to leave space for semen at the tip of the condom was reported by 24.3 to 45.7 percent of the respondents.

5.Failure to remove air
When looking back to their last sexual encounter, 48.1 percent of women and 41.6 percent of men reported that they didn't squeeze the air from the tip before use.

6.Inside-out condoms
Between 4 percent and 30.4 percent of participants reported they began rolling the condom on inside out, but then flipped it over and continued its use. And that's bad, since it can expose her to your pre-ejaculatory fluids, which can get her pregnant. (Nope, that wasn't just a lie your gym teacher told you.)

7.Failure to completely unroll the condom before use

When looking back to their last sexual encounter, 11.2 percent of women and 8.8 percent of men had begun intercourse before the condom was unrolled all the way.

9.Failure to check for damage
When removing the condom from the package, 82.7 percent of women and 74.5 percent of men reported that they fail to check for damage before use. What to look for: Make sure the wrapper isn't worn down or ripped open; keep your eyes peeled for expired dates, and check for visible imperfections while unrolling.

11.Lubrication complications
Roughly 3.2 percent of women and 4.7 percent of men reported using an oil-based lube with a latex condom. That weakens the latex, which can make it prone to breakage.

12.Incorrect withdrawal
Nearly 31 percent of men and 27 percent of women reported that (post-sex) they failed to promptly and properly withdraw after ejaculation. No matter what the Cranberries sang, guys, this isn't a time to let it linger.

13.Reusing a condom
Between 1.4 percent and 3.3 percent of people reported reusing a condom at least twice during a sexual encounter. Gross.

14.Incorrect storage
Between 3.3 percent and 19.1 percent of people in the studies had stored their condoms in conditions that did not comply with the recommendations on the package. Avoid storing them in direct sunlight or your walletboth can degrade the latex.