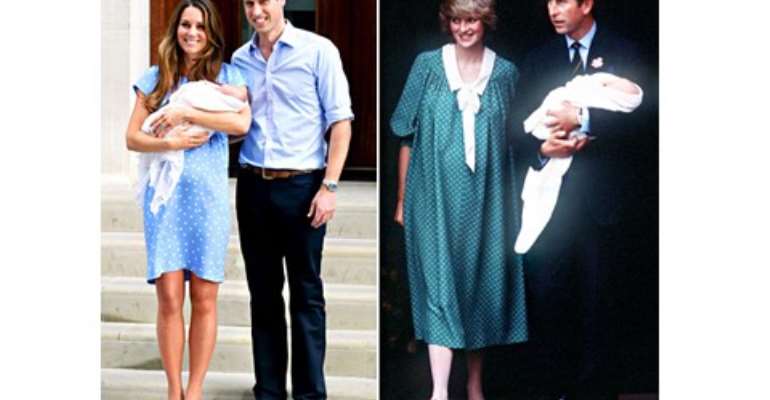 Middleton's dress featured a similar polka-dot pattern to the one Princess Diana wore in 1982 while introducing Prince William with husband Prince Charles.

The dress featured a similar polka-dot pattern to the one Princess Diana wore in 1982 while introducing Prince William with husband Prince Charles. The Princess of Wales wore a green knee-length, loose-fitting polka-dot dress at the time. Both Middleton and Princess Diana were photographed standing on the same steps at St. Mary's Hospital posing with their newborn sons, who were swaddled in white blankets.

He's got a good pair of lungs on him, that's for sure. He's a big boy, he's quite heavy," the new dad told the press on Tuesday. "It's the first time we've seen him; really we haven't had a proper chance to catch up."

Middleton and Prince William have yet to reveal their son's name; Princess Diana and Princes Charles didn't announce William's name until a week after his birth.

"I want every Okada driver to be a billionaire" — ‘CODA Dri...
4 minutes ago