HIV 'can stop within a generation' 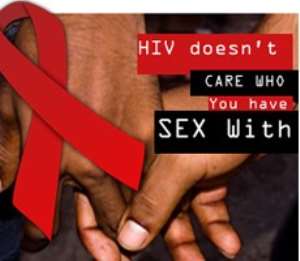 The spread of HIV in England can be stopped within a generation, according to a new prevention campaign launched by the Department of Health.

Currently, there are around 90,000 people living with HIV in England. Only one person in four knows they have it.

Gay and bisexual men and people in African communities make up three-quarters of cases.

Focused screening and prevention in high-risk groups could end the epidemic, experts say.

The new It Starts With Me campaign, created by the Terrence Higgins Trust, urges people in high-risk groups to get tested for HIV at least every 12 months, and more frequently if they have symptoms or have put themselves at risk by having unprotected sex, for example.

Effective treatment
Sir Nick Partridge, chief executive at the trust, said: "While a cure or vaccine for HIV remains stubbornly out of reach, what many people don't realise is that medical advances mean it is now within our grasp to stop the virus in its tracks.

"By getting as many people with HIV as possible tested and on effective treatment, we should see new infection rates fall rapidly."

He said that to succeed people need to understand that HIV is just as relevant an issue today as it was in 1982.

"Someone, somewhere in the UK is diagnosed with HIV every 90 minutes. Each and every one of us has a responsibility to keep ourselves and each other safe."

Health & Fitness
Powered By Modern Ghana
Ghanaians Share Thrilling Experience About Pepsodent
Cravings During Pregnancy – Foods To Avoid
All You Need To Know About Hirayama Disease
Leg Pain Or Muscle Cramps? - It Could Be Symptoms Of Deep Vein Thrombosis
Don’t Let The Fear Of COVID-19 Stop The Fight Against Breast Cancer
Live Strong With Iron Call For Ghanaians To Eat Diet Rich In Iron
Quick Blast Body Weight Circuit Training: Herbalife Nutrition Shares Insights
An Effective COVID-19 Vaccine: Will You Take It Or Will You Not?
Mental Health Plays A Role In Overall Wellbeing – Follow These Simple Steps
COVID-19 Updates Live Dashboard
TOP STORIES