The Doctors are back as Vodafone's Healthline returns to our screens 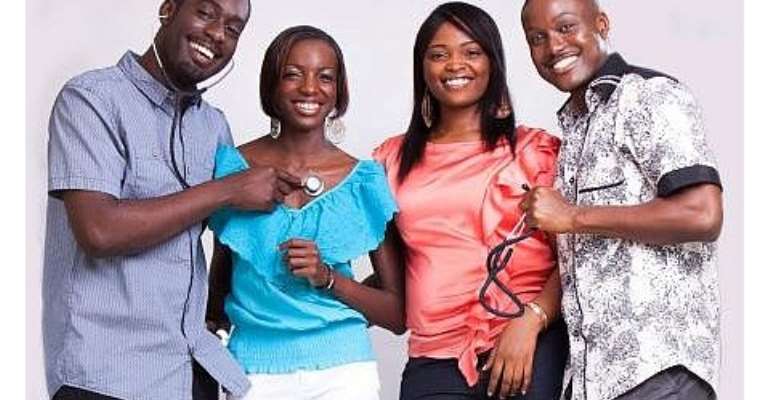 The CIMG television programme of the year, Vodafone HealthLine, returns to our screens for a third season from Wednesday 27 February. The doctors start the new season by educating Ghanaians on some of the accidents that can occur in the home, how to avoid them and apply first aid and we hear the story of 2 year old Nana Yaboah who was the unfortunate victim of a hit and run car accident. The show will air on Wednesdays on Viasat 1 and Crystal TV at 8pm and 8.30pm respectively and will be repeated on Sundays on Metro TV at 6pm; Metro TV, Multi TV, eTV and Top TV at 8pm.

Vodafone's award winning television series has taken Corporate Social Responsibility to a new level by making health education and philanthropy informative and entertaining. In two years, the television show has paid for and arranged both life saving or life changing surgeries of over 80 deprived patients across Ghana. Many of these patients are revisited in this series to see how the surgery has changed their lives and allowed them to live a fulfilled life.

The health topics to be discussed in this 13-episode series include bones and joints, pregnancy, the brain, fertility, mental health, the muscle and common health dangers in the home. The show maintains its winning structure with segments such as 'kids' corner' which address health issues specific to children and the treatment room gives practical advice to common health issues. Studies have shown that season two had an average viewership of ten million per episode.

Head of Brand and Corporate Communications at Vodafone, Carmen Bruce-Annan said; “The fact that HealthLine has become a source of health information for many Ghanaians gives us the confidence that we have achieved our objective of giving people a better understanding of their health.. As well as being entertaining, HealthLine has empowered Ghanaians to take control of their health and given patients who had no hope of getting their life changing surgeries new hope.'

Vodafone HealthLine won several national and international awards in 2012 including Overall TV programme of the year at the Radio and Television Personality awards, CIMG Television Program of the Year and Chartered Institute of Purchasing and Supply Corporate Social Responsibility Programme award in South Africa.

Vodafone HealthLine airs on Wednesdays on Viasat 1 at 8pm and Crystal TV at 8.30pm; it is then repeated on Sundays on Metro TV at 6pm; Metro TV, Multi TV, eTV and Top TV at 8pm.