7 ways to win over his friends 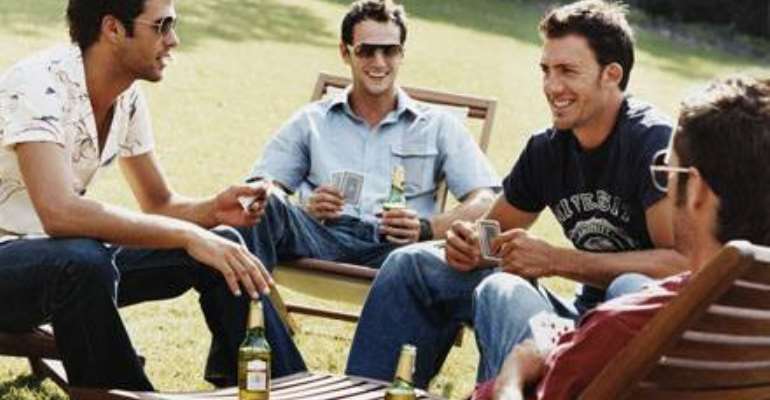 Win over his friends, tip 1: Be sensitive towards their feelings

As macho as they may seem, men can become pretty protective over each other if they fear that one member of the clan is going to fly their fun-filled nest. While you're probably floating around on a dreamy romantic cloud, his friends are probably preparing to fly the red bro-mance flag at half mast and call it a day. No more poker nights? No more nights out on the pull? This is pretty big news. Show them that there's no need to feel this way by encouraging your boyfriend to arrange some future lads' nights in. Showing that you aren't a threat is a great way to impress his mates.

Win over his friends, tip 2: Feed them

Without wanting to make any sweeping generalisations, a little bird told us that food may possibly maybe kind of be the way to a man's heart. Just baked some cookies? Perfect. Send your boyfriend round with them to dish them out or if you're going round too, deliver them by hand. They'll remember it for a very long time and love you forever – score!

Win over his friends, tip 3: Don't try too hard to be liked

When you're feeling nervous, you're more likely to try hard and come across as needy in front of his friends. Don't go out of your way to be confident and outgoing because this may be perceived as annoying. Smile and talk when you feel it's necessary but never talk just for the sake of seeming confident.

Win over his friends, tip 4: Don't act too girly

Yes, you're a girl and yes, you should just be your cool little self, but make sure you don't overdo it with the girly chat. While your girlfriends may thrive off conversations about shoes, dresses and how your two best friends aren't speaking to each other, guys don't get quite the same kick out of it. Unless the disagreement between these two girls ends with a mud wrestling match, your boyfriend's mates probably don't care.

Win over his friends, tip 5: Give them space

Much like you need alone time in your relationship, sometimes the men need alone time in their friendship. If your boyfriend has a boys' night in with his mates once as week, don't expect this to change now that he's with you. Nothing gives out a bad impression like a girlfriend breaking up a bro-mance. Alone time with his friends is always necessary.

Win over his friends, tip 6: Involve yourself in the conversation

With men and women coming from two different planets, it's no surprise that you're not going to have everything in common. If your man's mates are talking about something you're not interested in or you've never even heard of before, don't automatically tune out. Instead, involve yourself in the conversation by asking questions. They'll love it if you show some interest.

Win over his friends, tip 7: Invite them over

If you're really serious about impressing his pals, invite them over to your house and throw a barbeque or watch the football with some wine for the ladies and beer for the gents. Maybe some of his friends will end up hooking up with some of yours? Either way, this shows that you're serious about being friends with them, rather than just putting up with them when you cross paths.

Read more on realbuzz.com...
10 ways to bag the guy of your dreams
5 easy ways to make your relationship stronger
Follow realbuzz on Twitter