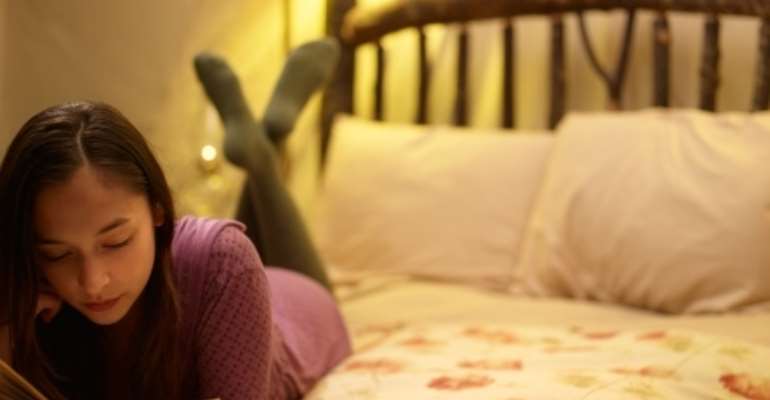 Many of us are familiar with the claim that eating late at night will cause you to gain weight. However, not only is there little research to back up this claim, but separate studies by Dunn Nutrition Centre and Oregon Health & Science University have suggested that it is little more than a myth. While missing meals throughout the day can cause you to binge of an evening, it is not the time you eat that matters so much as the quantity. The fact is, as long as you burn off the amount of calories that you eat during each day, it is irrelevant what time you eat them.

Good news for all those who remember reading under covers using a torch as a child, according to researchers from the Indiana University School of Medicine in Indianapolis, while it may cause temporary dryness and eye strain, reading in dim light does not permanently damage your eyes. Likewise, the common belief that sitting too close to the TV set will ruin your eyesight is yet another old wives’ tale (just for the record, it also won’t make them square!).

You can ‘catch up’ on missed sleep at the weekend

Lack of sleep has been linked to a whole host of health problems, including weight gain and heart disease. However, many of us believe that it is OK to sacrifice sleep during the week so long as we have a ‘catch up’ sleep at the weekend. Sadly, this may not be the case. In a study led by a sleep expert at the University of Pennsylvania School of Medicine, participants were restricted to just four hours’ sleep for five nights and then given a “recovery” sleep of 10 hours. Even after this sleep their reaction times, attention span and levels of fatigue failed to return to normal, showing that a single weekend lie-in may not be sufficient to make up for the effects of lack of sleep during the week.

Cold weather increases your risk of catching a cold

With more of us catching colds in the winter months, many of us believe that this is due to the weather. However, the experts remain dubious. In a study by the Common Cold Research Unit a group of volunteers were inoculated with a cold virus and then split into two groups; half kept in a warm room while the others stood wet in a hallway after taking a bath. Results surprisingly showed no difference in the number of people who caught colds within the two groups. Rather than being due to the cold weather, it is thought that the cold virus spreads more easily during the winter months as more people are driven indoors where they come into close contact with others.

Another cold related myth; it is a widespread belief that taking a daily supplement of vitamin C will protect you from catching a common cold. However, while those exposed to periods of high stress (such as marathon runners) can indeed reduce their risk of catching the cold virus through daily supplementation, a review of 30 studies published in the Cochrane Library has suggested that, for the average person, taking a daily dose of vitamin C does little to reduce the severity or length of a cold.

Thin is better than fat

With the growing obesity problem in modern society and all its publicised health implications, many of us understandably hold the belief that being fat is the worst possible thing for our health. However, while it is true that being overweight can be damaging to our health, being underweight is just as bad for us if not worse. In fact, a study by researchers at Tohoku University found that those who are overweight at 40 are likely to live longer than those who are thin, with underweight people being at greater risk of heart disease and pneumonia.

All bacteria are harmful

We seem to be increasingly aiming for an environment that is perfectly sterile. However, while we tend to think of bacteria as germs responsible for illness, healthy skin is actually covered in around 1000 different species of “good bacteria” which can actually help prevent disease. Likewise, the human gut contains a multitude of good bacteria which help to keep us healthy. While good hygiene is of course important, so is protecting our good bacteria by avoiding overuse of antibiotics or over-cleansing the skin.

We should all drink eight glasses of water a day

We are all familiar with the ubiquitous advice to drink eight glasses of water a day. However, more recent research has suggested that there is actually no scientific evidence supporting this recommendation, and that drinking excessive amounts of water can actually be dangerous. While we all need to stay hydrated throughout the day, a proportion of our required fluid intake is generally met through the food we eat. Furthermore, our fluid recommendations will vary depending on the temperature and how active we are, amongst other factors.

While many new mums are inundated with claims over the health benefits of breastfeeding, some are put off by the worry over what it will do to their breasts. However, here’s some research to put your minds at rest, ladies: a study led by author and plastic surgeon Brian Rinker has shown that, contrary to what many believe, breastfeeding does not cause breasts to sag. After evaluating patients’ medical history, the research found no difference in breast sagginess between women who breastfed and those who hadn’t. In fact, it is the pregnancy itself that contributes to the changes that women see in their breasts, alongside smoking and age.

As long as you exercise you can eat whatever you want

Many people believe that only overweight, inactive people need to watch what they eat. However, this is a massive untruth. Not only do many people overindulge following exercise, causing them to cling on to those extra pounds, but even for those who don’t gain weight easily plying your body with junk food can still cause damage to your health. While staying active can lower your risk of conditions such as heart disease, to help stay in optimum health it is still advisable to eat well and make sure you don’t miss out on vital nutrients essential for good health.

Read more on realbuzz.com...
10 'bad' habits that are good for you
Top 10 fitness myths
Follow realbuzz on Twitter