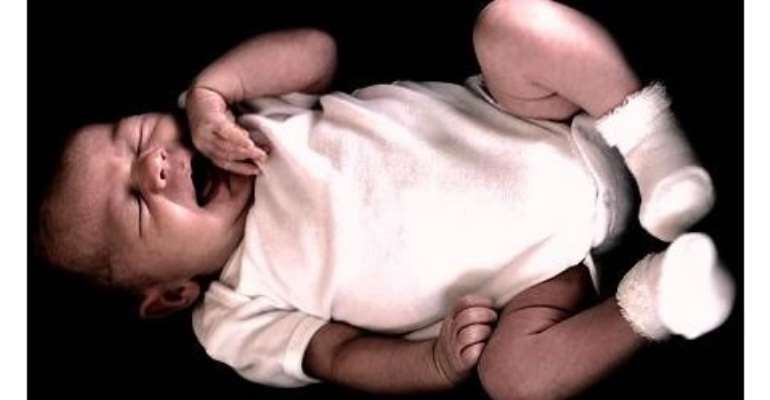 Dr Sylvester Anemana, Chief Director at the Ministry of Health (MOH), has observed that 80 out of 1,000 babies die before their fifth birthday in the country.


In addition, 40 out of every 1,000 babies die before reaching their first age while 350 mothers out of 100,000 lost their lives nationwide through delivery.


Dr Anemana made the observation at the 15th Matriculation ceremony of the Holy Family Nursing and Midwifery Training College at Berekum in the Brong Ahafo Region.


They were made up of 100 for Registered General Nursing and 50 Registered Midwifery.


He expressed concern about the high prevailing rate of infant and maternal mortality in the country and attributed the situation to inadequate human resources to provide needed services as well as unequal distribution of health personnel.


Dr Anemana noted that the situation is unacceptable and urged health personnel to develop the right attitude to work to improve quality of health care to Ghanaians.


He called on them to also exhibit high moral standards and competence in their profession.


Dr Anemana said government is committed to provide health care to the people to become productive to contribute to national development.


Mr Kwadwo Nyamekye-Marfo, Regional Minister said in a speech read on his behalf that under the Carma Advocacy Project initiated by Former First Lady, Dr Mrs Ernestina Naadu Mills there were a lot of projects, which aided in reversing maternal mortality.


The project include, sponsorship of trainee midwives and nurses, provision of free ante-natal care, training of traditional birth attendants, construction of maternity blocks and Out-Patients-Department and Community Health Improvement and Services compounds.


He noted that the poor attitude by some health personnel towards clients had resulted in persistent complaints of service users.


Mr Nyamekye-Marfo entreated the medical officials to regard discipline as an important tool in their pursuit to become more professional to nurture their character as professionals to render better services to the expectation of the public.


He said it is disheartening to observe increasing incident of lifestyle and behaviour-related diseases such as stroke, diabetes and hypertension, with people at tender ages being afflicted.


He called on the health personnel to resort to the appropriate channels of negotiations for their demands and not to embark on strike to cause the public to lose their lives.


Mrs Monica Nkrumah, Principal of the College said 1,569 candidates applied for admissions and 1,117 were short-listed for interviews.


She said 100 students made up of 59 women and 41 men were admitted to pursue Registered General Nursing programme while 50 offered midwifery.


Mrs Nkrumah called on stakeholders of the College and the Regional Coordinating Council to provide a stand-by generator to help the students since frequent power outages affect their studies.


In addition, assistance is needed to construct a 12-unit block of a two-bedroom flat to solve the accommodation problem facing staff and students.