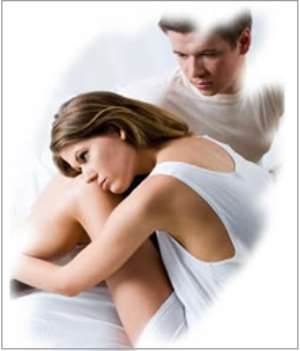 A lot of single women are now going out with married men in their bid to be in relationships, so that the wagon does not pass them by.

The reasons are numerous, but the most common is that there are not enough single men out there to go round, hence the married men syndrome.

A lot of women these days are very willing to accept their roles as mistresses or the "other woman". These women believe they are there to relieve these married men of their stress from work, home life and nagging wives.

Of course, the men say anything to get into the pants of the women and the women too, being so gullible, believe anything they get told. Many women believe they have rescued these men from their humdrum lives and distressed marriages. They have saved them from themselves.

But a lot of the time, the wife is an attractive, mature and responsible woman whose only fault is choosing a lying, cheating husband.

When you are the other woman, you get a false sense of having a competitive edge by rationalising that if he is chatting you up, then you must be better than her and irreplaceable to him.

As the months, and even years, go by and he has not left this "wife he does not get on with" or only married out of respect for her family and all that jazz, you begin to realise that he has led you up the wrong garden path, and often with other mistresses, too. Yes! If he has been able to cheat on his wife, why can't he cheat on you, too?

Some women will scoot, but they would have got themselves lumbered with maybe a child and, therefore, the need to hang on in there becomes a must. They convince themselves that they may as well stay, the reason being that they would like all their children to come from one man.

Sensible women find themselves the other woman for a number of reasons. Some suffer from lack of self-esteem or have commitment issues. Others say they don't have time for full-time relationships, a reason which is a crock in my books.

The women who are mistresses, without regard for their lying lovers' wife and children at home, are always shocked, angry and deeply hurt when they discover that the men have lied and cheated on them – also, a case of "Abaa a yede boo Takyi no, enoaa na yede bebo Baah". Women in these kinds of relationships need to get real.

A man makes a promise to his wife in front of God, family and friends to love, cherish and honour her. Yet he is dishonest enough to cheat and lie to her. Why do you think he will not do the same to you or anyone else? You are not the victim; you are an equal participant; and have chosen to do a dance with him in his dance of deception.

What is a laugh and a half is when the other woman thinks the man is not sleeping with his wife and that tells her he does not want his wife anymore. How stupid can one get? I know a woman who kept saying this and then heard the wife was also pregnant and actually having the baby a few days after hers.

Or this woman who was so shocked when she got to know there was another "other woman" in the background.

You need to be aware of the emotional pitfalls of being part of deceitful relationships. The married cheater is seasoned at scripting deceitful matrimonial drama. And even if a cheating spouse leaves his wife, chances are that he will not marry the mistress. But if he does, he will repeat his cheating ways.

The best thing is to get smart and leave such a relationship and go look for your soul mate. There is one out there for everyone, believe it or not. A lot of women miss out on this because they are busily involved with someone else's man.

As long as you have the wrong man in your head and in your bed, your chances become slim. So get real and move on. Go get a life.