Is sodium lactate a dairy product? 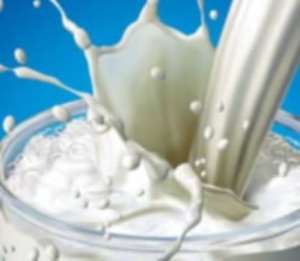 Sodium lactate is not a dairy product, although it's easy to see why you might think it would be, since the word "lactate" means relating to milk.

Sources
Sodium lactate is derived from lactic acid. Lactic acid was so named because it was first discovered in milk, but lactic acid is also found in human as well as animal muscle. Fermenting sugars found in corn or beets also produces sodium lactate.

Uses
Both sodium and acid act as food preservatives, controlling the growth of food toxins that can make you sick, such as the pathogens that cause botulism or listeria. Sodium lactate, which has a mild tangy taste, is also used as a thickener and bulking agent in foods as well as a moisturizer in cosmetics. Sodium lactate acts as an antioxidant, meaning that it prevents foods from spoiling rapidly.

Food Sources
You can find sodium lactate in many foods, including dairy products such as milk, cheese and yogurt, processed meats such as sausage or ground beef, some breakfast cereals, rice products and seasonings, canned fish, starch-based desserts such as custards, processed vegetables, vinegar, mustard and soups. Because sodium lactate is a common food additive, read food and cosmetic labels carefully if you want to know what products contain it.

Considerations
Adding sodium lactate to dairy products doesn't change the lactose content of milk proteins found in dairy foods in any way. If you consume dairy products containing this additive, you will have a reaction if you have lactose intolerance or a milk allergy.