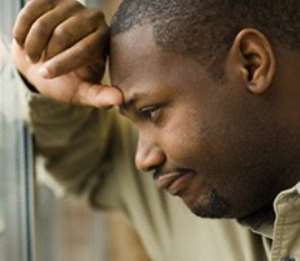 While clinical depression was once considered a "woman's disease," more than 6 million men in worldwide have depression each year. Unfortunately, the lingering image of depression as a female condition may keep men who are clinically depressed from recognizing the symptoms of depression and seeking treatment.

Why is depression in men commonly not recognized?

There are several reasons why the symptoms of clinical depression in men are not commonly recognized. For example, men tend to deny having problems because they are supposed to "be strong." In many cultures, expressing emotion is largely a feminine trait. As a result, men who are depressed are more likely to talk about the physical symptoms of their depression -- such as feeling tired --- rather than symptoms related to emotions.

Does depression in men affect sexual desire and performance?

Yes. Depression in men can affect sexual desire and performance. Unfortunately, some antidepressants and other medications can do the same. Men often are unwilling to admit to problems with their sexuality. Many mistakenly feel that the problems are related to their manhood, when, in fact, they are caused by a medical problem such as clinical depression.

What are some observable symptoms of depression in men?

Men are less likely to show more "typical" signs of depression such as sadness. Depression in men may cause them to keep their feelings hidden. Instead of expressing a depressed mood, they may seem more irritable and aggressive.

For these reasons, many men -- as well as doctors and other health care professionals -- may fail to recognize the problem as depression.

What are the consequences of untreated depression in men?

Depression in men can have devastating consequences. The CDC reports that men in the U.S. are about four times more likely than women to commit suicide. A staggering 75% to 80% of all people who commit suicide in the U.S. are men. Though more women attempt suicide, more men are successful at actually ending their lives. This may be due to the fact that men tend to use more lethal methods of committing suicide, for example using a gun rather than taking an overdose of pills.

Why is depression in men so hard to accept?
Understanding how men in our society are brought up to behave is particularly important in identifying and treating their depression.

Depression in men often can be traced to cultural expectations. Men are supposed to be successful. They should rein in their emotions. They must be in control. These cultural expectations can mask some of the true symptoms of depression. Instead, men may express aggression and anger -- seen as more acceptable "tough guy" behavior.

Is a stigma attached to depression in men?
Yes. And men generally have a hard time dealing with the stigma of depression. They are more likely to deal with their symptoms by drinking alcohol or abusing drugs, and/or pursuing other risky behaviors. Many men avoid talking about depressed feelings to friends or family.

Is depression common in elderly men?
Although depression is not a normal part of aging, senior men may have medical conditions such as heart disease, stroke, cancer, or other stressors that may contribute to depression.

For example, there is the loss of income and meaningful work. Retirement is difficult for many men because they end up with no routine or set schedule to follow. These changes may increase the stress they feel, and a loss of self-esteem may contribute to depression.

In addition, the death of family and friends, the onset of other health problems, and some medications can contribute to depression in men.

How is depression in men treated?
More than 80% of people with depression -- both men and women -- can be treated successfully with antidepressant medication, psychotherapy, or a combination of both.