Is sex on the first date a bad idea?

By By Fredric Neuman, M.D.|psychologytoday.com 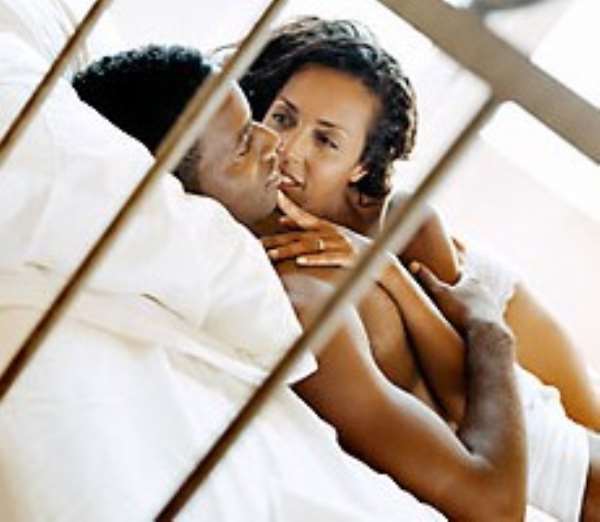 I was recently asked by a woman why I thought her date from the previous week hadn't called her. In particular, she wanted to know if he was turned off by her having had sex with him on the first date.

Some reasons why her date may have not called:
1. He disapproved of a woman who was willing to have sex with him, even though he had encouraged her to do so. This explanation, of course, is the one that occurred to her.

3. He was sick.
4. He lost her telephone number.
4. He was preoccupied with a family illness.
5. He had no money.
6. He was arrested. (And so on.)
All of these possibilities, some more likely than others, have actually happened to patients whom I have known. Of course, I don't know why this particular gentleman hadn't called, but considering that she is 45 years old, and he is older, I don't think it is because she was willing to have sex very early in their relationship. In other words, whether sex on the first date is considered proper or acceptable depends on the age of the couple.

A 17- or 18-year-old girl willing to have sex on the first date would probably be considered suspect by her partner. He might consider that this meant she was promiscuous.

A woman in her mid-twenties having sex on the first date might lead some men to think she was promiscuous, others not.

If a man dates a woman in her thirties and has sex with her on the first date, he is likely to think her sleeping with him meant that she was attracted to him, not that she was inclined in general to sleep casually with anyone.

I think women who are in their forties or older need not worry about their reputation or the unfavorable judgment of their partners if they choose to go to bed with someone on the first date. By that age, sex has become more casual and more acceptable.

These observations are based on my experience with couples who live in a particular part of the country (United State) and during a particular era. In a previous century, all premarital sex would have been condemned. Anyone engaging in sex outside of marriage was considered immoral. Many centuries before that, the rules had changed again, and sex under most circumstances was acceptable. These social rules are different in other places. In many parts of the world, and in many different cultures, relatively casual sex is still considered immoral. Certain religions, probably most of them, come to think of it, forbid these practices.

The bottom line: judging from my experience as a psychiatrist, on balance, as far as it affects a future relationship between a couple, it doesn't make any difference whether they have sex on the first date or not. There are some men who are encouraged and others turned off by such an early relationship.

Of course, if the woman herself disapproves of sex on the first date, or at any other time, she should not engage in it. I don't think people should do what they think is wrong, no matter what the pressures are.

One other thought: there are women who do not refrain from behaving in a way that others regard as promiscuous. They are willing to sleep with men they don't know very well, if the men are attractive. But they are, still, not impervious to the attitudes of others. They are likely to feel bad if they sleep with someone and that man does not call afterwards. It is a sour feeling and one of the reasons that promiscuity is more like a stage that certain women pass through, rather than a settled inclination to behave in such a way.

Police smoke out Shatta Wale, handcuff him for faking gun at...
27 minutes ago