Endorphment: Why some breakups are much harder than others 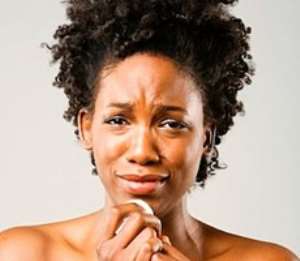 Why do some break ups hit us so hard when others don't?

The most obvious answer is that we're hard-hit when we're heartbroken, missing our lost lover. But I don't think that's the whole story. It's perhaps the most self-honoring way to describe our devastation, but it's more complicated than that.

The next most obvious answer is that sometimes we're left and sometimes we leave. If your partner is the one to say, “I'm done,” then you're left undone, but if you're the one to say you're done, well…then you are.

That's perhaps part of the story, but a confusing part. Often who says “I'm done” first is a function of who is bold enough to broach what's in the air, more than a function of who is most done. Have you ever been with a partner who made you say it? They were as good as gone but refused to admit it, so they just acted badly until you were forced to bail first.

I've been bold enough to end it a few times that paradoxically left me devastated. What prompted my exit was recognition of some fatal flaw, a decisive reason we weren't going to survive despite all the reasons we wanted to. So yes, I said it first, but then I longed and sobbed, having lost all that felt good about us. I don't think who says goodbye first is the whole story.

In the personal equivalent of a controlled experiment, I was once left by the same partner twice. The first time was devastating; the second was just relief and release. What was the difference? Well, the first time she condemned me on her way out, and with good reason, because I had behaved badly. “Knowledge of bad Karma” we called it in my commune days. I was ashamed of how I behaved, my positive self-regard exiting with her.

I worked hard to win her back and when she left me the second time, she praised my efforts. That time, I was fine within days.

From this I hypothesized that the difference between a hard and an easy breakup is in whether your partner endorses you on the way out. I devised what I called The Book of Love in Five Chapters to describe a pattern I saw in myself and others:

Character aspiration: We want to be endorsed, seen as amazing by someone.

Character affirmation: A lover endorses us.
Character assignation: Confident that the lover will keep seeing us as amazing, we assign to him or her the role of Chief Character Assessor (CCA)--supreme authority on who is amazing.

Character assassination: Our appointed CCA discovers that we aren't amazing and leaves.

Character extrication: We try to extricate our self-esteem from our ex's opinion, in effect to decommission our CCA, which isn't easy. Either your ex is right that you're a dufus, or your ex is wrong which means you were a dufus for having appointed him or her CCA.

In another personal equivalent to a controlled experiment, I left one partner and was fine for about a month until, feeling confident that I was fine, I allowed in some news about how my ex was doing. She was doing really, really well, madly in love with someone more high-status and successful than I was.

Bad mistake. I plummeted 18 stories and worse, made a nuisance of myself to her, trying to stir some affinity even though she was solid gone.

Talk about knowledge of bad karma. I plummeted another 18 stories and realized that there was no regaining equanimity through any interaction with her. This was my first time experiencing what must be common: Awareness of my bad behavior toward a person with whom I couldn't make amends. It took almost a year for me to let it go, first of trying for redemption through her and ultimately forgiving myself.

From this I developed my hot-balloon theory of love's end. Partners are like hot-air balloons coupled for a time, their fortunes and status married together. Decoupling we watch where the other floats relative to us. If they float up to greater happiness and status, we feel like we're sinking regardless of our altitude relative to the ground. It takes us a while to recognize that the world isn't just we two and our relative post-partnership status. There are lots of good balloons in the sky floating up and down on the currents. And eventually, all fall down.

I have another theory, long percolating under the rubric Endorphment: the endorphin rush of getting endorsed. Falling in love is actually rising in love, floating upward through a psychological gamble on an uptick in status and endorsement. If you're about a six on a scale of one to ten (on whatever dimension or aggregate of dimensions—looks, talent, money--whatever floats your balloon) and someone you regard as a seven or an eight fancies you, you get an endorphment rush. If that person walks, having decided you're a six after all, you fall.

I have a policy when it comes to puns. No gratuitous puns. Both sides have to mean something in relation to each other. Endorphin is in some ways very apt. Endorphin is our body's natural painkiller, operative when we're injured, or jog, or eat hot pepper. Anything that stresses can stir us to produce endorphin.

We all experience pain in the form of self-doubt, status anxiety and awareness of our own eventual mortality, the perishability of all status. So we seek psychological painkillers. In dating lingo painkiller is a term reserved for the lover you take up with immediately after a dis-endorphment, someone you hold onto, trying to stay aloft while you're plummeting 18 stories.

Endorphin isn't perfectly apt. Were the pun to accommodate it, I'd go with morphine instead. Morphine is an external substitute for endorphin, our endogenous, or internally-generated painkiller. Indeed, people get addicted to morphine because they stop producing internal painkiller. We become dependent on an external painkiller which substitutes for an internal one. People who “self-medicate” with morphin and other painkillers are actually doing the opposite. They're other-medicating, relying on external painkillers to substitute for internal ones. And the same goes for love. The harder it is for us to cope, maintaining self-endorsement—the more we have to seek our endorsement externally. In this respect love is very much like addiction.

Love is one of a few somewhat reliable external painkillers. Another is theology. I marvel at the close and obvious parallels between the two. An endorsing partner and an endorsing God; monogamy and monotheism, sex and prayer, fidelity and faith. Monogamous love is like monotheistic prayer. Panting we chant, “You are so amazing. No one compares. For me there's you and only you.”

The beginning of love feels like being granted eternal life, eternal high status. The end of love can feel like death and impermanence, plummeting into hell.

Through both love and theology we're trying to stay aloft, often more competitively than we admit. In partnership we buoy each other in ways that can turn grotesquely competitive in breakup. Think how many people you know who have bad things about their exes. Probably as many as people who have bad things to say about rejected Gods.

Both our romantic and theological campaigns have strong elements of an endorphment numbers game. Crass though that may sound, I think it's more crass not to admit it.

See, I'm an Ambigamist, a passionate feeler and a dispassionate skeptic when it comes to love. I don't think of my passion as virtuous and loving, and my dispassion as the cold and callous. Rather I think they're both mixed bags, each conducive and counter to kindness and compassion.

Our deepest passions can make us crass manipulators in relationship, the partner I was for example, pestering my ex, saying “You're so uncaring,” when more honestly I'd have said “I've fallen in status and I can't get up without you.” The great late Maurice Sendak captured it in “Where the Wild Things Are.” The monsters cry, “Please don't go, we'll eat you up we love you so.”

And there's loving kindness and compassion in a dispassionate theory about our numbers games. Try this: We are all rational in the broadest sense. We pay attention to ratios—this compared to that. Economists talk of opportunity costs—what taking Plan A costs you in terms of the alternative opportunity to take Plan B. Negotiators have a similar concept in what they call your BATNA, your best alternative to a negotiated agreement. One of the most important insights pervasive across the social sciences is that in most decisions, value isn't measured on absolute terms but in comparison to options. In love then, our status numbers vary not just in comparison to our partners, but to our's and our partner's other options.

Sue and Jim are partners. They met working for the same company, but luck of the draw, during layoffs Jim was let go. He's now at home a lot while looking for work. Sue, in the mean time is working overtime because after layoffs remaining workers are overtaxed. She likes her work.

Now Jim wants more time with Sue than she has for him. Jim assumes that he's lost status with Sue and tries the usual passionate manipulations: She's unloving, uncaring, afraid to love, status seeking, callous, unfaithful, whatever—all various ways to avoid saying “I'm plummeting in status. Better give me a fix of endorphment ASAP.”

Stepping back dispassionately we could notice that in this case, actually Sue loves Jim as much as ever. The change isn't in their love, but their opportunity costs. Time not spent together is for Jim less consuming and engaging than time not spent together is for Sue. In this case, as in many it's nothing personal. Realizing this makes it easier to be kind in breakup, both compassionate with people and the choices they make, and less certain that you've fallen in status really. Sometimes incompatibilities are just the products of different circumstances. Not realizing it, and thinking instead that you're plummeting contributes to breakups hurting.

PS I get letters sometimes from readers who read my theories as offensive and my confessions as a way to explain them away. “Maybe that's the way things are for you” they say in effect, “but don't generalize. Healthier people don't have your problems.” This is just the kind of article that could inspire such comments.

If you're reading these pages you're reading theories, generalizations about what people do. If you're like the rest of us (you are BTW) you're more likely to seek and find fault in the theories that rub you wrong for whatever reason.

It would be easy to find fault in mine. For one thing they're not back up by the usual carefully selected sample of studies from the vast pool of diverse and divergent empirical studies. For another, they don't start from empirical evidence the way many worth entries do (I teach courses in psychological research methodology) but rather from one man's direct and indirect personal experiences, some of which still sound live, and could distort his interpretation of reality.

All true. Still, I'm fascinated by a spectator sport I call Performance Introspection: Watching people in the throes of passion attempt to perform truly careful accurate dispassionate introspection and theorizing. I invite you to judge me as such a performer. Do I theorize here in self-serving ways?