PE: The 'other' male sexual problem 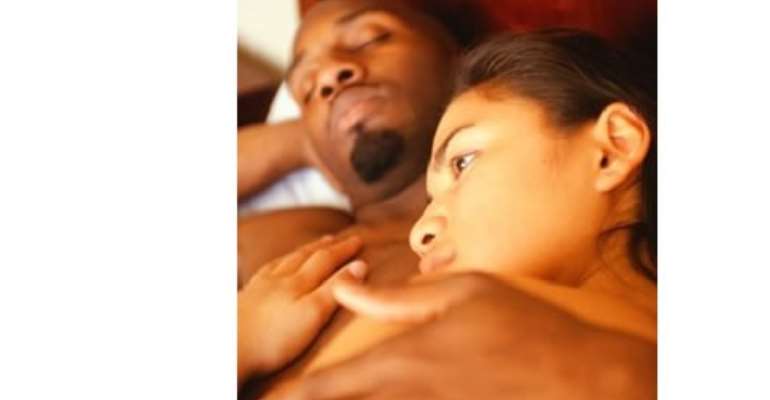 Given the ease with which the average person can rattle off brand names like “Viagra” and “Cialis,” or joke about “four hour erections,” it would seem that erectile-dysfunction drugs are just about as common as ibuprofen.

We take it for granted, but the little blue pill has drastically changed the way we think about erectile disorder (ED).

Once known as “impotence,” ED was originally thought to be caused by anxiety, nerves, or low self-esteem; now it's commonly known to be a health issue that hinges on the flow of blood to the penis and taking a pill to deal with the issue is often no big deal.

Don't get me wrong: this is not to say that Viagra and its brethren – Levitra, Cialis and the new FDA-approved Stendra – are the be-all end-all, or even that they're unequivocally effective. It's just that these medications have helped to spur a national dialogue (and often a debate) that has changed the way we think about sexual problems.

But now that ED has come out of the shadows, what about the other major male sexual issue — premature ejaculation (PE)?

As I discussed in an earlier column, PE, (the inability to maintain intercourse for more than a minute without ejaculating) is known to affect up to a third of all men, making it even more prevalent than ED. And yet we tend to think about PE in much the same way we once thought about erectile disroder - shrouded in myth.

Most still think of PE as a function of psychology or behavioral conditioning, rather than physiology and neurochemistry. For example, many wrongly assume that:

PE only affects young men who are sexually selfish or immature

Much like a predisposition toward right-handedness, premature ejaculators are often just born that way.

Fortunately, PE is increasingly recognized as a health issue, and this is a relief to those men who struggle with it and can't help but ask themselves: What's wrong with me?

As with the little blue pill, the pharmaceutical industry has been on the hunt for a PE drug. Just as the discovery of Viagra was somewhat of an accident (its erectile-enhancing qualities were only discovered after the drug was being developed as a potential heart medication), it's been observed that certain SSRI-based medications can delay ejaculation.

Ironically, what is a sexual side-effect to many may actually be a sexual boon to the man who suffers from PE, and so some doctors will prescribe the off-label use of an SSRI to help manage the condition.

One drug – Priligy – is a short-acting selective serotonin reuptake inhibitor that is being marketed in parts of Europe as a premature ejaculation pill, but it has not yet received FDA approval in the U.S..

Another medication potentially awaiting FDA approval is PSD502, a topical numbing agent that can be applied to the penis to decrease penile sensitivity. The use of such numbing agents as a treatment for PE dates back to 1943, but these products have had their limitations.

For one thing, it's been difficult to establish a recommended dosage.

For another, these topical solutions need to be applied at least 20 to 30 minutes before intercourse in order to be effective.

Additionally, if numbing agents are being used, the man may be required to use a condom to ensure that his partner's genital area does not also become numb.

While helping to diminish penile sensitivity, a numbing agent does not address a man's “ejaculatory trigger” which is neurochemically activated.

Still, those behind PSD502 claim to have developed a formula that doesn't suffer from many of these drawbacks. Like Priligy, PSD502 is not yet available, but a very similar product has been FDA-approved based on a pre-existing monograph.

Dubbed Promescent, this product carries many of the same benefits of PSD502 and effectively decreases penile sensitivity without transmitting any numbness to a man's partner.

But as helpful as a product like Promescent can be, I still counsel men to focus first on partner-communication, as well as “sex scripts” that de-emphasize intercourse while vouchsafing female pleasure – both of which I discuss exhaustively in my e-book, “Overcoming Premature Ejaculation.”

From there, many men who suffer from PE may find that they still need to pursue a broader “biopsychosocial” approach: one that combines behavioral, medical, and interpersonal approaches. In the absence of a single “silver bullet” to do away with PE, it's often necessary to do a little bit of everything.

Let's not wait for the next blockbuster drug to arrive in order to have a meaningful, well-informed conversation about PE. It may never come, but the conversation should.