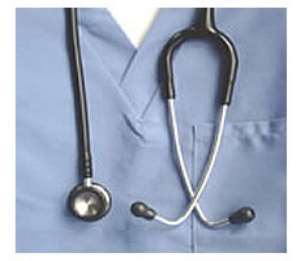 PRESS STATEMENT ISSUED AT THE END OF THE 2ND NATIONAL EXECUTIVE COUNCIL MEETING OF THE GHANA MEDICAL ASSOCIATION (GMA) HELD AT THE CAPITAL VIEW HOTEL, KOFORIDUA IN THE EASTERN REGION FROM MARCH 30 TO APRIL 1, 2012

1. BIOMETRIC REGISTRATION EXERCISE
The GMA wishes to express appreciation for the ongoing biometric voter registration exercise which marks another milestone in Ghana's democratic journey and credentials.

Further, we wish to call on every Ghanaian citizen of voting age to endeavor to register in order to be an active part of the 2012 Parliamentary and Presidential elections. The GMA urges the EC and the security agencies especially the police to ensure a smooth and peaceful registration exercise.

On the 19th of March 2012, Junior Doctors Association in KATH declared an indefinite strike action to protest the pathetic working conditions in the hospital including shortages of essential drugs, massive equipment break down, nonexistent maintenance culture, erratic water and electricity supply leading and contributing to avoidable deaths. It is significant that most of these issues had been raised in an earlier petition to the hospital management by junior doctors

In the heat of the industrial dispute, the chairman of the management board of the hospital made unfounded, baseless and childish accusations suggesting that Doctors have been pilfering drugs from the hospital resulting in the sorry state in which the hospital found itself.

The GMA strongly agrees with the clarion call by the Junior Doctors Association of KATH for a better and competent management and Board of the hospital to be constituted by the government. This new management and board ought to be clearly mandated to resolve these system-wide issues in order not to compromise the quality of care.

3. PROPOSAL TO WITHDRAW DOCTORS' CERTIFICATES BY THE HONORABLE MINISTER OF HEALTH

The Ghana Medical Association acknowledges the serious human resource challenges facing the health sector reflected in shortages and maldistribution of Doctors and other health professionals in Ghana.

The GMA is however of the opinion that the path of sensationalism is hardly the way forward in the attempt to address this pressing problem.

The recent threat by Hon Alban Bagbin, Minister of Health to withdraw certificates of doctors who refuse posting to deprived areas is both myopic and ill conceived. It is clear that the Hon. Minister has not benefited from past strategies proposed by either his own technocrats or the Ghana Medical Association as a way of addressing the issues of attracting health professionals to deprived areas.

Further, his position appears to be at variance with that of government which has advocated the introduction of inducement packages for key professionals working in deprived areas as part of the Single Spine Pay Policy. Perhaps, one cannot blame the new Minister; since he is the fourth in the series of Ministers appointed to man the health ministry in three years and may be a little confused by the gargantuan nature of the portfolio coupled with the need to impress.

The GMA wants to indicate clearly that we are ready to partner the ministry to find practical solutions to this national problem but will not condone any unreasonable measures which are only worth their weight in sensationalism without any bearing on addressing the real problems being faced by the Ghanaian people.

Since the migration of Doctors onto the Single Spine Salary Structure in December 2011, the payment of salaries has been riddled with many challenges. Even though there is an agreed time table for the payment of arrears to public sector workers, the actual payment of salaries for doctors has assumed an erratic posture thus raising serious concerns among doctors. Most Doctors have not been paid their arrears since February 2012 and several others have even received salaries lower than their predetermined monthly salaries.

The Ghana Medical Association is at a loss as to the actual reason behind the anomalies in the salary payment by the Controller and Accountant General's Department.

The GMA would like to express its displeasure at this unhealthy development and wants to state in no uncertain terms that the CAGD ought to as a matter of urgency, demonstrate the will and capacity to immediately and satisfactorily address all these concerns by the next pay roll.

In the matter of the dispute between the Fair Wages & Salaries Commission (FWSC) and the GMA on the migration of doctors on the SSSS, the NLC in November 2011 ruled and referred the outstanding issues of the placements of the Medical Superintendents and District Directors of Health Services on the Single Spine Salary Structure to the Ghana Health Service (GHS) Council for redress. The GMA can confirm that the FWSC has unilaterally migrated this category of health workers without recourse to the GMA or the GHS Council as stipulated in the NLC's ruling. The natural law of justice stipulates that, in any dispute between two parties, it is imperative that the two parties be involved before any form of solution is reached.

Even though the GMA has written several times to the GHS Council indicating our availability and readiness for a peaceful resolution, we have never been invited for any discussions on the said matter. The unilateral decision to migrate the Medical Superintendents and the DDHS on to the SSSS by the FWSC is a clear violation of the ruling of the NLC. This is a development that is unacceptable to the GMA.

The GMA has therefore resolved to file a petition at the NLC citing the FWSC for contempt of its ruling and to ensure that the right procedures are followed in the resolution of this matter. It is important that all stakeholders tackle these issues with the necessary urgency to avoid any unpleasant decisions from the GMA.

c. CONVERSION DIFFERENCE
The GMA urges the MOH especially the Hon. Deputy Minister of Health and his team to quickly resolve the problems surrounding the payment of conversion difference to health professionals.

Over the years, several attempts have been made by the Ghana Medical Association to get conditions of service document for public sector doctors negotiated and adopted to no avail.

Even though the Association has worked with the management committee of the Ministry of Health on proposed conditions of service document for Doctors, which was subsequently forwarded to the Fair Wages and Salaries Commission over two years ago, the GMA is not satisfied with the pace of the discussion.

On the 29th February 2012, the GMA wrote to the Minister of Health outlining these grave concerns but we are yet to have any concrete response. Again, it is very obvious that this matter is not receiving the attention it deserves all efforts on our part to seek a peaceful resolution notwithstanding. We hereby call on the Ministry of Health and the FWSC to take urgent steps to engage and finalize discussions on the pending matter of conditions of service for doctors and other health workers. It is unacceptable that health professionals do not have any conditions of service document as stipulated by the Labour Act.

Lead by example, don’t also travel abroad for one month – Ab...
22 minutes ago