How do we know beauty when we see it? 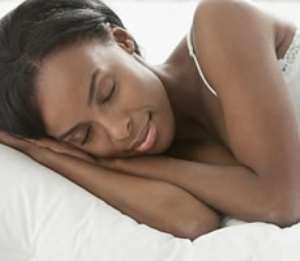 Beauty. We know it when we see it, but what is it?
Philosopher Edmund Burke wrote, "We must conclude that beauty is, for the greater part, some quality in bodies, acting mechanically upon the human mind by the intervention of the senses." Burke wrote that in 1756, but it's still being quoted today.

And scientists are still trying to figure out what makes things and people beautiful. In some ways, it's like asking whether your vision of "red" is the same as someone else's -- there's just no way to know for sure, says Denis Pelli, professor of psychology and neural science at New York University.

Still, there's plenty to explore in neuroscience and psychology when it comes to what people find beautiful, to what extent people see beauty in themselves, and what role beauty plays in society.

Beauty and the brain
Regardless of culture, there appear to be certain patterns of brain activity associated with viewing something you find beautiful.

Semir Zeki, professor of neuroesthetics at University College London, studies the neural basis for art appreciation. He has found that the only factor common to all that people find beautiful in art and music is activity in the brain's medial orbital frontal cortex, part of the reward and pleasure center of the brain.

There are cultural trends in what in art and music people find beautiful -- for instance, there's a Japanese preference for asymmetry, compared to a Western ideal of symmetry. This does not apply to faces, however, as it seems that universally people prefer symmetrical faces.

It's also not well understood why people adapt to certain objects of beauty after many exposures, but not others. For instance, you might be bored of a pop song after a few listens, but listen to an opera dozens of times, over a period of years, and still feel emotional about it. Or perhaps there's a painting that you've always admired, whereas another painting loses its splendor after a few viewings.

That makes sense, since we see every single blemish in ourselves, whereas there are plenty of people we consider beautiful to whom we don't get close enough to examine all the little flaws. Perception of beauty may weaken when we do start to recognize those defects, Zeki said.

Brain imaging has been done with facial beauty, too. A recent study in Neuroimage found that self-evaluation of one's own facial attractiveness may be related to self-esteem, based on common patterns of brain activity.

Beauty in the face
When it comes to facial attractiveness, there are reasons to believe that specific features and biologically based factors guide our assessment of beauty.

Faces that are more symmetrical and average-looking tend to be rated as more attractive in scientific studies. Symmetry in particular has been studied extensively, not only in the Western World but also in hunter-gatherer cultures removed from mainstream media. The Hadza of Tanzania, a remote group of hunter-gatherers, showed a stronger preference for symmetry than people in the United Kingdom. Men were more often deemed good hunters especially liked symmetry in female faces. And Hadza women like symmetry in men's faces even more when they were pregnant or nursing, periods when they may be extra cautious about foods and disease harmful to a child.

In fact, even babies respond more positively to attractive, symmetrical faces. But babies appear to respond more to faces deemed attractive than those that are purely symmetrical, suggesting there's something else going on.

There are theories that specific proportions are the most naturally beautiful, with ratios of length and width being important.

And with the help of computers, it has become apparent that morphing a lot of faces together typically produces an end product that is highly attractive. The reasoning goes that this blending gets closer to the face "prototype" that may underline attractiveness -- the ultimate idea of a face is the most average one.

So it may be that babies are drawn to faces that are most like the most basic concept of a face -- that is, they are average.

Putting it all together, a 2007 study in Perception & Psychophysics suggests that symmetry adds to the attractiveness of "average" faces.

Why should that matter? The theory goes that symmetrical features may be markers of genetic quality. Human ancestors evolved to find mates that would pass on good genes to offspring, so they would naturally be repelled by traits that would be detrimental to survival or indicators of poor health.

In fact, a 2011 study in the journal Economics and Human Biology found that people with asymmetrical faces tended to come from more difficult and deprived childhoods than those with more symmetrical features. It appears that adversity in childhood is associated with facial features that are not perfectly aligned and matching, although there's no proof that one of these phenomena causes the other.

Since sexual relationships are more costly for female primates -- they bear the kids -- females are the choosier sex.

And the kind of man that women are attracted to can vary according to phases of the ovulation cycle. Studies showed that during periods of high fertility, women are more drawn to more rugged, dominant-looking men. Subconsciously they may be perceiving beauty in accordance with evolutionary forces, since dominance can indicate genetic fitness. Incidentally, women also buy sexier clothes when they are most fertile.

A recent study in the journal Nature Communications found that women are most attracted to men with the strongest immune systems, which were associated with higher testosterone levels. But that was complicated in men who had higher levels of the stress hormone cortisol, suggesting that women may find stressed-out men less attractive.

Beauty also plays a role in friendship. Research has shown that women tend to have friends of similar attractiveness, such as a 2010 study in the journal Human Nature. These scientists found that, both in terms of one's own perceptions of beauty and that of independent judges, a woman's attractiveness correlates well with her friends' attractiveness. And, if you're a woman who's the less attractive one in a friendship pair, you're also more likely to view your more attractive friend as a mating rival. But this is a small study, and more research should be done to back up these conclusions.

It appears that the subject of male attractiveness in friendships has been studied even less. However, universally people who are friends tend to share genetic links.

Beauty in yourself
Sometimes people hook their self-worth on their appearance, tying beauty to their perception of themselves, says Heather Patrick, researcher at the National Institutes of Health.

"We compare how we think we look to how other people look, and we make a decision about whether we're much better or much worse," she said.

That comparison can have negative or positive emotional and psychological consequences.

There's scientific evidence to suggest that ideas about the importance of one's own beauty get formulated in childhood, she said. Parents give a certain level of praise to their children for their appearance, vs. the amount of effort they put into tasks and the activities they're good at. Little girls in child beauty contests, for instance, receive the feedback that their appearance is highly valued.

"You can imagine that sets the stage for people to think about themselves in terms of appearance or abilities," Patrick said.

And when it comes to assessing beauty, many people are their own worst critics. Sometimes there's a particular body part that becomes a focus of self-loathing.

"I think it's still socially unacceptable to say things to others that we would say to ourselves," Patrick said. "We don't filter our judgments of ourselves in the same way that we filter judgments of others."

When taken to the extreme, obsession over a particular aspect of one's appearance has a psychiatric diagnosis: body dysmorphic disorder. It's the reason some people get dozens of plastic surgeries, but are never satisfied with the outcomes.

On the flip side, you can view your body as a source of power -- for instance, after running a first 5 kilometer race or even marathon, some people feel proud of what their bodies can do.

Beauty as power
Studies have shown that people who are perceived as being more attractive also appear more competent and successful, said Jasmin Cloutier, researcher at the University of Chicago.

"There's presumably a strong cultural and learned dimension to all of these effects," he said.

Other research has shown that physical attractiveness can also influence salary.

The legal system may even take beauty into account -- a variety of studies have found effects suggesting that attractiveness helps when it comes to verdicts and sentencing. It may be that attractive people are less likely to commit crimes as serious as unattractive people, or that there is a societal view that pretty people are "good" and wouldn't do bad things, Catherine A. Sanderson writes in the book "Social Psychology."

Vivian Diller, a New York-based psychologist and co-author of "Face It: What Women Really Feel As Their Looks Change," divides perception of beauty into three things: contributing factors from genetics, grooming and how people reacted to your appearance in early life.

"Early experiences of being the apple of your mother or father's eye goes a very long way about how you feel about your own looks," Diller said.

But if your parent became more critical of you when you became less "cute," you might feel less attractive, she said.

There must be something more than just other peoples' good favor for looks going on, since there are professional models with low self-image.

For models, there are unrealistic expectations of beauty all around -- not only in magazines and television. The ones who do well are those who don't assume they have to be perfect to be beautiful, Diller said.

Diller herself was a professional ballet dancer, and then modeled while getting a Ph.D. in clinical psychology. She would wash off her makeup when it was time to go to class so people would take her more seriously.

"When I left that world, I had to, little by little, find my value in something other than how I looked or how I danced," she said.

It's a process that everyone goes through at some point, no matter how much or little you value your looks: aging. The good looks of youth change, and no longer match your vision of yourself. But when you're in a marriage or long-term partnership, you're not actively having to worry about being beautiful to attract a new mate.

"I enjoy my looks much more now because they don't matter as much," Diller said.

Ex-I.Coast president Gbagbo warns of 'disaster' in upcoming ...
33 minutes ago