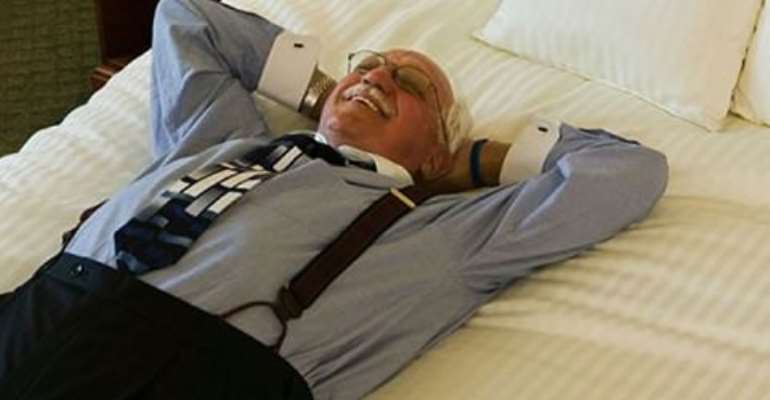 Cautionary tale: Extra-marital sex can put more pressure than usual on the heart

Men who cheat on their other halves now have another worry to add to the possibility of their partner finding out - they are more likely to die during sex.

The revelation emerged from a report published by the American Heart Association, looking at whether patients with heart problems could safely resume their sex lives after treatment.

The study found patients could resume sex as soon as one week after a relatively mild heart attack, as long as they could walk up a few flights of stairs without discomfort.

One caveat is sure to raise a few eyebrows. It turns out that married men having affairs, have an increased risk of sudden death during sex.

This is because they are often with younger women in unfamiliar settings, which adds extra stress.

The scientists, led by Professor Glenn Levine, from Baylor College of Medicine in Houston, said autopsy reports of nearly 6,000 cases of sudden death found 0.6 per cent happened during sex.

Although a small proportion of the total, up to 93 per cent of those who died during sex were thought to be engaging in extra-marital sex.

However, Professor Levine cautioned: 'I would not blow this too out of context. Without being sarcastic, I really can state that I have not had a patient who asked me about the cardiac risks of an extramarital affair.'

The report, published in the journal Circulation, says sex is something doctors should bring up with all heart patients. Yet few do because they're uncomfortable talking about it or they lack information, Professor Levine said.

He said their study provides new guidance. It found having sex only slightly raises the chance for a heart attack and this is true for people with and without heart disease.

'Sexual activity is the cause of less than 1 percent of all heart attacks,' he said.

Plus despite the higher risk for a heart patient to have a second attack, there's no evidence that they have more sex-related heart attacks than people without cardiac disease.

Viagra and other drugs for erectile dysfunction are generally safe for men with stable heart disease.

Chicago cardiologist Dan Fintel, from Northwestern University, said he routinely gave heart patients a sex talk on their last day in the hospital, knowing that it was likely on their minds.

'Resuming sexual activity is safe and emotionally part of the healing process, with a few caveats,' he said, alluding to extra-marital nooky.