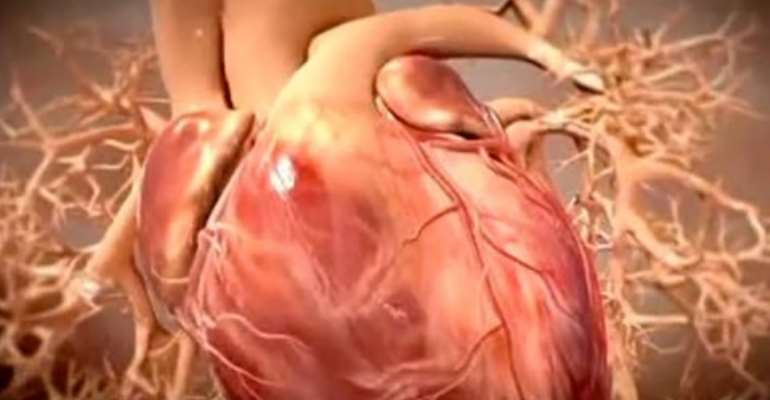 Damage caused by a heart attack has been healed using stem cells gathered from the patient's own heart, according to doctors in the US.

The amount of scar tissue was halved in the small safety trial reported in the Lancet medical journal.

The authors said there was also an "unprecedented" increase in new heart muscle.

The British Heart Foundation said it was "early days", but could "be great news for heart attack patients".

A heart attack happens when the organ is starved of oxygen, such as a clot blocking the flow of blood to the heart.

As the heart heals, the dead muscle is replaced with scar tissue, but because this does not beat like heart muscle the ability to pump blood around the body is reduced.

Doctors around the world are looking at ways of "regenerating" the heart to replace the scar tissue with beating muscle. Stem cells, which can transform into any other type of specialised cell, figure prominently in their plans.

Heart to heart
This trial, at the Cedars-Sinai Heart Institute, was designed to test the safety of using stem cells taken from a heart attack patient's own heart.

Within a month of a heart attack, a tube was inserted into a vein in the patient's neck and was pushed down towards the heart. A sample of heart tissue, about "half the size of a raisin", was taken.

Twenty five patients took part in the trial. Before the treatment, scar tissue accounted for an average of 24% of their left ventricle, a major chamber of the heart. It went down to 16% after six months and 12% after a year.

Healthy heart muscle appeared to take its place. The study said the cells, "have an unprecedented ability to reduce scar and simultaneously stimulate the regrowth of healthy [heart] tissue".

One of the researchers Dr Eduardo Marban said: "While the primary goal of our study was to verify safety, we also looked for evidence that the treatment might dissolve scar and regrow lost heart muscle.

"This has never been accomplished before, despite a decade of cell therapy trials for patients with heart attacks. Now we have done it.

"The effects are substantial, and surprisingly larger in humans than they were in animal tests."

Prof Anthony Mathur, who is co-ordinating a stem cell trial involving 3,000 heart attack patients, said that even if the study found an increase in ejection fraction then it would be the source of much debate.

He argued that as it was a proof-of-concept study, with a small group of patients, "proving it is safe and feasible is all you can ask".

"The findings would be very interesting, but obviously they need further clarification and evidence," he added.

Prof Jeremy Pearson, associate medical director at the British Heart Foundation, said: "It's the first time these scientists' potentially exciting work has been carried out in humans, and the results are very encouraging.

"These cells have been proven to form heart muscle in a petri dish but now they seem to be doing the same thing when injected back into the heart as part of an apparently safe procedure.

"It's early days, and this research will certainly need following up, but it could be great news for heart attack patients who face the debilitating symptoms of heart failure."