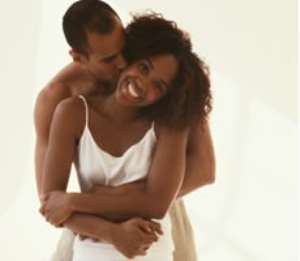 From scientists to love gurus, many have tried to extract the traits, physical and psychological, that compel one mate to select another.

If you feel compelled to cultivate the latest products, potions or traits promising desirability and love, consider that what attracts you to another and vice versa may have already been long encoded into your DNA.

A study published in the British Psychological Society says that altruism, or selflessness, may be a critical genetic basis for attraction, offering a new way to look at sexual selection.

Dr. Tim Phillips and colleagues from the University of Nottingham and Institute of Psychiatry, King's College, London conducted a study of 80 identical and 97 non-identical twins, mostly females, to discern the link between genetics and altruism. Subjects were asked to report on a numerical scale their attraction to selfless behavior in potential mates. For example, a potential suitor said,“once I dived into a river to save a friend from drowning.” The participants were then asked to report on their own level of altruism, “I have done voluntary work for a charity.”

Researchers used statistical analysis, which accounted for nature and nurture factors affecting each individual's preferences and found genetic variations to support the link between altruism and sexual selection.

Results also showed that among our ancestors, mating based on this preferred trait occurred, further supporting the link between altruism and sexual selection.

These findings provide a different angle from which to view sexual evolution. Whereas more established research suggests that sexual selection is based on competition and self preservation, these results show that “selflessness,” or acting in a way that increases the survival of another at one's own expense, is an equally valid basis for sexual selection.

While researchers acknowledge that the small sample size of this study and the low participation of male subjects provided an incomplete picture, the initial findings answer the bigger question of where altruistic behavior came from and provide a foundation from which to continue exploring selflessness and mate selection.