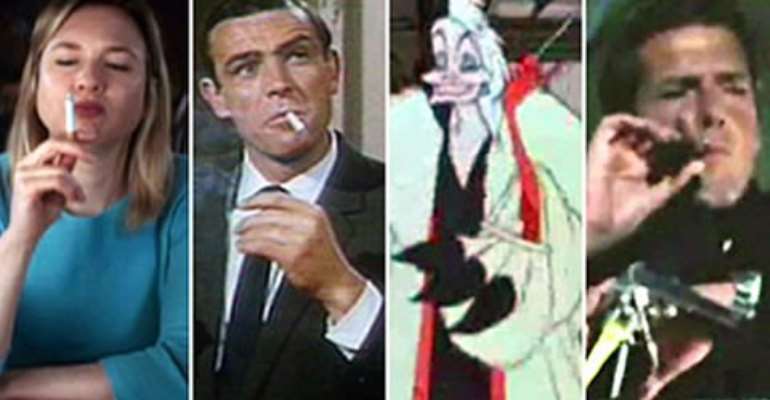 Smoking is a risk factor for fractures

Women who take certain ulcer drugs have a small increased risk of hip fractures in later life, particularly if they smoke, US research suggests.

A study published in the British Medical Journal found a link between long-term use of proton pump inhibitors and bone fractures in smokers.

A UK expert said the absolute risk was small but gave women another reason not to smoke.

They were followed up in later life to see how many had developed hip fractures after the menopause.

The researchers found that smokers or ex-smokers taking proton pump inhibitors [PPIs] had a 50% increased risk of hip fracture compared with women not taking the medication.

The experts, led by a team at Massachusetts General Hospital, Boston, wrote in the British Medical Journal: "Chronic use of PPIs is associated with increased risk of hip fracture, particularly among women with a history of smoking."

Absolute risk 'small'
Commenting on the study, Dr John Stevenson, who sits on the medical advisory council of the British Menopause Society, said it had been suspected for some years that proton pump inhibitors increased the risk of hip fracture.

"This large study confirms that suspicion. However, the absolute risk is small, with the drugs causing an additional five hip fractures per 10,000 women per year.

"Women should not be put off using proton pump inhibitors if they are needed, but these results provide yet another reason not to smoke."

Dan Greer, Royal Pharmaceutical Society spokesman on gastroenterology medicines, said the study had taken into account other factors that could affect hip fractures, such as smoking, calcium intake and obesity.

He said: "This study strengthens the current recommendations for PPI use, in that for the majority of patients with symptoms of indigestion PPIs should only be used for short courses (one to two months), with repeat courses offered at the lowest dose that controls symptoms."

The Medicines and Healthcare products Regulatory Agency, the government agency which regulates medicines in the UK, said the evidence on PPIs and risk of fracture was been discussed by a committee of the European Medicines Agency.

Go complete Aflao E-block if you're giving ultimatum to my m...
17 minutes ago

Shatta Wale, three others to spend one week in police cell
31 minutes ago