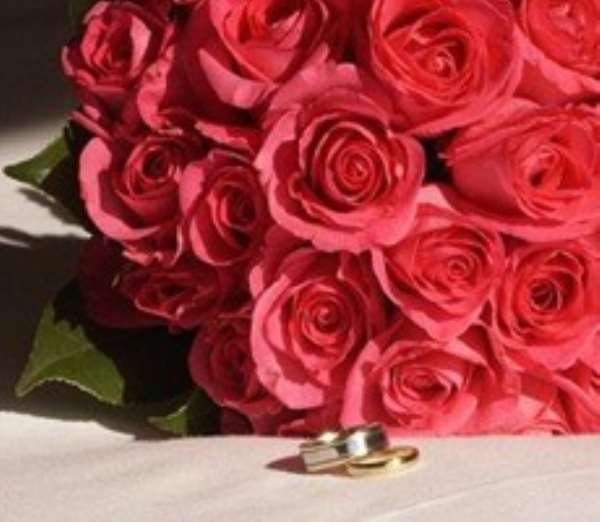 The truest statement in the history of relationships regarding whether you should propose or not is also the most vague: “When you know, you know.”

Guys in great relationships or happy marriages know exactly what it means. It means: “I can't explain it; I just know that when I look at my wife, she's the only one for me and I want to share my life with her.”

For other guys, the “when you know, you know” phrase translates roughly to: “It's a crapshoot, pal. You're on your own with the whole 'knowing' thing.” Which leads this second group of guys to ask: “Know what? What the hell am I supposed to know?”

To not “know” means you're feeling the opposite about some of these things. (Hopefully only some -- if you feel the opposite about your girlfriend on all of the above, why even bother dating her?Unless she's Brooklyn Decker -- in which case, hang in as long as you can). Fortunately, when you're no longer uncomfortable, uncertain or “un” anything involving your significant other (most of all, unsure) that's when you “know.” And when you know, you know, which means it might be time to propose.

Be this guy
Here are a dozen very important things to think about when you get to this point:

1. DIY
Proposing is a man's game. Period. Ignore the supposedly hip notion that it's cool for women to propose because of the rise of feminism and the blurring of the gender barrier and all the other tradition-be-damned nonsense. A woman proposing to a man is not hip; it's lame. I know, I know -- there's nothing “wrong” with a woman proposing. And there may be a few men out there who want to be proposed to (though I've never met any). But no matter how progressive and forward your girlfriend may be, there are certain laws in the universe that shouldn't be trifled with: Women aren't supposed to open car doors for men. Women aren't expected to give men their coat if a man catches a chill. A woman shouldn't have to comfort a man because he's crying at the end of Love Actually.

And women should not have to get down on one knee and ask for a man's hand in marriage. Typing that last sentence even felt weird. Men propose. It's in our DNA. Pure and simple. Guys, suck it up. Don't be that guy in a group of couples who has to meekly say “My wife proposed to me” when you're sharing your engagement stories. Everyone might nod their head and smile politely, but every guy at the table will think you're a towering wimp. Sorry, it's a fact.

2. Know the answer
If you honestly have no idea what your girlfriend will say if you propose, don't ask yet. Think of your proposal the way the late Johnnie Cochran thought about cross-examining a witness: Never ask a question you don't already know the answer to. Never. By the time you're ready to pop the question, you should have already had “feeler” discussions about weddings, starting a family, when you want kids, how many kids you want, where you'll live, income sharing, etc. If you've had none of these discussions, then you might want to bring up a few topics to see how she feels. If you're at a wedding and you ask your girlfriend if she could picture your wedding like this, and she hesitates or gets uncomfortable or doesn't want to talk about it, it's OK -- having that conversation at someone else's wedding will be much less uncomfortable than having it on the morning of your own, when your fiancée realizes she said yes because she was just being polite.

3. Live together
This isn't 1950. If at all possible, ask your girlfriend to move in together before you propose or get married. A giant percentage of divorces could be avoided if couples were forced to live together and share all expenses and experiences for six months to a year prior to getting married (this is not based on any official study, just a hunch). Why wait until you're married to discover that your wife eats moo goo gai pan in bed, is four months late on her car payment and won't let you touch the groceries she buys? On the flip side, if you move in together and it's better than you ever thought it could be, you'll probably have a good idea if she'll say yes.

4. Be the regular "You"
If you truly think you need an over-the-top, incredible proposal in order to get her to say yes, then you might not want to ask. It will be impossible to be over-the-top and incredible every day, especially on the days when it's your turn to cook dinner or train your new puppy. Unless you're the love child of Wolfgang Puck and Cesar Millan, being the regular “you” is going to have to be good enough for her 99% of the time. Think about it.

5. Buy a ring you can afford
If you think you need an over-the-top ring that she knows you can't afford in order to get her to say yes, you should think twice about asking. For any women reading this: Your man wants to get you the ring of your dreams, as long as it's the ring of your dreams, not one of the Kardashian sister's dreams. Know your guy. Know your lifestyle. And know what he can afford and what you'll accept. Better to get a smaller diamond now and get married on sound financial footing than to have all the cash you get from your wedding go towards paying off the AMEX card your new husband maxed out at Tiffany's to get you the internally flawless, Hot Wheels-sized ring on your finger.

6. Ask her father first
Regardless of how intimidating your future father-in-law may be, if your girlfriend is at all close to him, make sure you ask for his permission before you propose. It doesn't matter if her dad is Colonel Nathan Jessup and you think asking for his daughter's hand in marriage is the same as asking if he ordered a Code Red -- grow a pair, stand tall and ask. You'll earn major points with her dad (never a bad thing), and you'll also prove to your wife that you're up to the task of being the number one man in her life. If you are unsure about doing this, or you have the attitude that you don't need his approval, just remember that you're not asking for you; you're asking for the peace of mind of your future wife. The exception to this rule is if your girlfriend has literally no relationship with her father or he is simply uninvolved in her life. Then, asking may not be a big deal. Otherwise, just do it.

7. Know his answer
If you think there's a good chance her father will say no, and this isn't a running joke that you talk about openly with your girlfriend, then you should probably not ask until you're sure this won't be a deal breaker for your girlfriend. For any ladies reading this: Know the difference between your father's healthy skepticism of your serious boyfriend and his legit concerns. Also, know the difference between your dad being overprotective and your dad being completely unreasonable.

8. Know your girlfriend
Pay attention and know your girlfriend. If you think for one second that she'll be embarrassed, uncomfortable or not impressed with what you're planning, don't do it. If you don't know her well enough to know if she'll like what you're planning, that probably means you don't know her well enough to give her access to your bank account, your heart and every minute of the rest of your life.

9. When in doubt, go small and classy
There's nothing wrong with a little proposal foreplay. Building anticipation can be a good thing, if done the right way: A limo ride to an excellent hole-in-the-wall restaurant, a scenic cruise before dinner or even a walk through your favorite city or park hand-in-hand. These are all easy, effective gestures that let your lady know it's a special day/night, and they will set the tone for what's to come.

10. When in doubt, go private
Go small, go classy and go private. You're going to be spending nearly every waking minute of the rest of your life with this woman; there's no harm in proposing in a quiet setting where it's just the two of you. This is a proposal, not a stand-up routine. If you aren't comfortable with an audience, then don't have one.

11. Go big if and only if...
If you absolutely know for sure that you two were made for each other and there's no way she would ever say no, and that she would forgive you immediately if you planned something intricate and it all went to hell, then you should 100% go big. Go really big.