8 reasons sex is better after 50 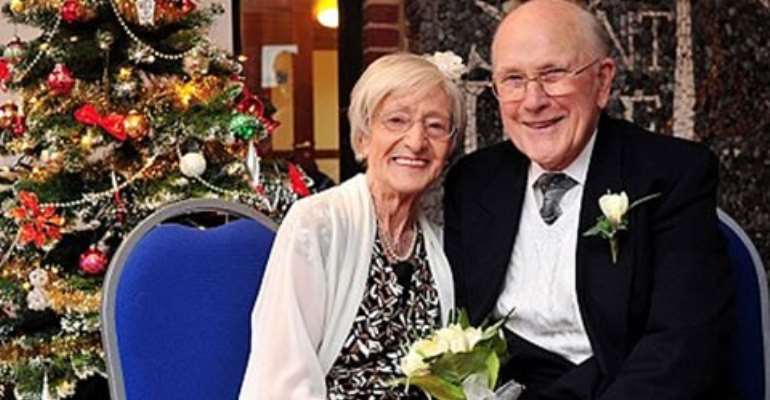 Let's get it on
Sex after menopause? Some experts will tell you it's a downhill ride of waning sex drive and dried up hormones.

Sorry, we're not buying it. We happen to think there are plenty of 50-plus babes who are rocking it just as much as in their younger days. (See Madonna.) And there's no reason the rest of us shouldn't too.

No pregnancy worries
Sex in your 40s can be great, but you may still be making school lunches, wiping noses, juggling a career, and trying to avoid pregnancy.

“Forty to fifty is still an anxiety point for many women because you can still get pregnant,” says Margaret E. Wierman, MD, a professor of medicine, physiology, and biophysics at the University of Colorado Health Sciences Center, in Denver. “Once you're menopausal, that worry is gone.”

Think about it—no tampons, pads, pills, diaphragms, IUDs, or condoms (if you have a long-term monogamous partner). What could be better?

Coitus uninterruptus
After 50, your kids aren't likely to be interrupting any bedroom sessions or waking you up in the middle of the night.

“Time is a huge factor,” says Amanda Richards, MD, an associate professor of obstetrics and gynecology at the University of Miami's Miller School of Medicine.

“Even menopausal women who are mothers are usually no longer the classic soccer mom,” she says. “Children are more independent, and the couple has more time for themselves and their relationship.”

You know what you want
Think Mrs. Robinson in The Graduate. Older babes know what they want in the bedroom and don't have to be shy about it.

“Menopause is a very defining time for most women, many of whom realize that they have put their sexuality on the back burner for way too long, and if they don't use it, they will lose it for good,” says Dr. Richards.

“There's some data to suggest that women become less inhibited as they age, so it's often a time of relaxation and being comfortable with who you are, and that often improves sexual functioning and sexual performance,” says Dr. Wierman.

You may want it more
Experts will tell you that declining hormones could mean you'll want it less, but that isn't necessarily so. Desire, once quelled by birth control pills, could resurge, says Dr. Richards.

And if desire is a problem, proper hormone management can help, she says. While long-term use of traditional hormone replacement therapies, which include estrogen and progestin, are no longer recommended due to the heart and health risks, there are other options.

Hormone therapies that include testosterone are being explored as a way to boost libido, says Dr. Richards.

You're financially stable
Now's the time to reap the real benefits of years of endless mortgage payments: You can have sex anywhere you want in your paid-off home and you can do it in pricey, alluring lingerie, if you want to.

Older women tend to have more disposable income to spend on dinner dates and romantic getaways than they did in their younger years, says Dr. Richards.

You've worked hard; now's the time to spend a little on your love life.

Lubricants, anyone?
It's true that the hormonal changes of midlife can lead to vaginal dryness.

But this can be an excuse to experiment and discover new, more pleasurable experiences, courtesy of the lubricant aisle at your local drugstore.

Your career is stable
Sure, you still may get stressed. But hopefully at this age, you won't feel as stressed by your job as you did in your 20s, 30s, or 40s.

Partner problems can be fixed
“One of the worst nightmares for a woman in menopause is to have the freedom to have sex anywhere but to have a partner who can't perform anywhere,” says Dr. Goldstein.

Unresolved sexual problems can even have a silver lining. “Menopausal woman may have more mature partners, who, due to performance issues, are open to the use of vibrators for a more satisfying sexual experience,” Dr. Richards says.