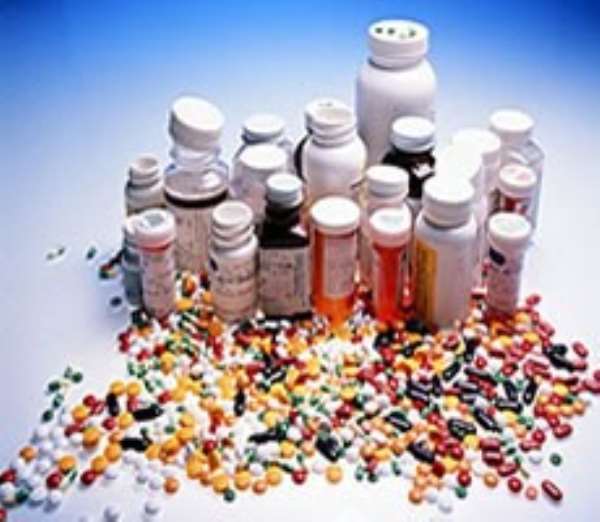 Penicillin doses for children - which have stayed the same for 50 years - need to be reviewed because youngsters are getting heavier, experts have said.

In the British Medical Journal, they say a review is needed to ensure children are getting enough medication.

But one pharmacist said using weight could mean more room for error.

Oral penicillins, such as amoxicillin, account for nearly 4.5 million of the total six million annual prescriptions for antibiotics given to treat childhood bacterial infections each year in the UK.

The current dosing guidelines are set out in the British National Formulary for Children.

Experts from King's College London and St George's, University of London, say basing doses on a child's age was first suggested in the 1950s, and the guidelines medics still use were published in the BMJ in 1963.

Dr Paul Long, a medicines expert at King's College London who was part of the review team, said: 'We were surprised at the lack of evidence to support the current oral penicillins dosing recommendations for children, as it is such a commonly used drug.

"Children's average size and weight are slowly but significantly changing, so what may have been adequate doses of penicillin 50 years ago are potentially not enough today."

He added: "These days new medicines go through very rigorous testing processes, but we seem to forget about the old ones.

"For adults, penicillin dosages have been reviewed twice in the same period."

'No evidence of harm'
Dr Long added: 'It is important to point out that this study does not provide any clinical evidence that children are receiving sub-optimal penicillin doses that lead to harm, and we want to reassure parents of that.

"But what we are saying is that we should ensure that children with severe infections who need these antibiotics the most are still receiving an effective dose."

'In the long-term we are concerned that under-dosing could lead to penicillin-resistance in both individuals and wider communities.

But Steve Tomlin, Royal Pharmaceutical Society spokesman on children's medicines, said - although the age bands were problematic - switching to weight-based dosing was not a simple matter.

"It could be much riskier. Who would be measuring the children and where? You'd have to make sure they were being measured in kilograms and not in pounds - and you could end up with a calculation of say 4.73ml, when they'd now be given five."

And he said a "good proportion" of children would be getting enough medication under the current guidelines but added: "There's a reasonable proportion that don't."

Mr Tomlin added that a lot of penicillins were licenced at particular doses - and so any changes would have to be agreed by them and the relevant agency.