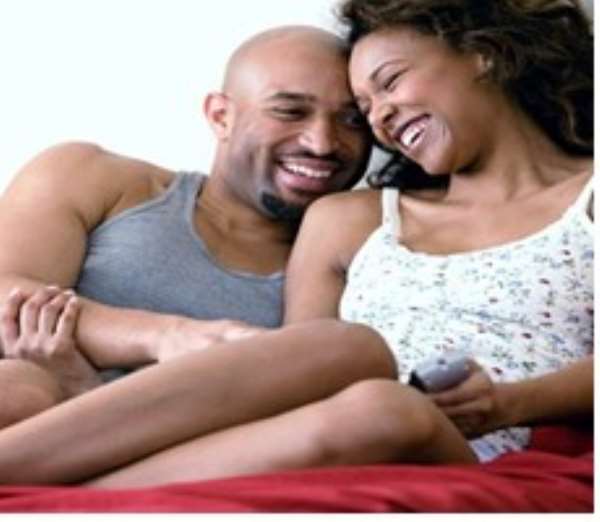 Recently, the team here at Good in Bed conducted a survey on relationship boredom and we were surprised to learn that nearly 50% of couples were bored in their relationships, both in and out out of the bedroom.

But we were also comforted to learn that just as many couples believed that trying something new in the bedroom would help get them out of their sexy-time rut. So we conducted a new survey on sexual adventurousness, and the findings were a mix of logical and unexpected. Perhaps the most surprising? Women are way more sexually adventurous than men.

After surveying 3,100 people, we found that women were significantly more likely than men to have engaged in a wider variety of sexually adventurous activities, such as talking dirty during sex and sharing their sexual fantasies with their partners. Do women feel pressured to play the sex kitten these days, or is there something more at play?

"I think that times have changed (and continue to change) and women are becoming more and more comfortable being sexually expressive and adventurous with their partners," says Kristen Mark, MS, a Ph.D. candidate and Survey Director for Good in Bed.

Which is a good thing. Trying new things has long been suggested as a great way to dig oneself out of a sex rut. Why? Mixing things up can cause a spike in the levels of dopamine and norepinephrine rushing through your system, thereby making you more aroused. "Usually when you try something with a partner," says Mark, "even if you don't ever do it again, the thrill of trying something new can really rev up the satisfaction level."

So what are men and women trying out in the bedroom? According to our survey,

* 89 percent of women are setting the mood with sexy lingerie,

* while 85 percent are having sex all over the darn place: in the kitchen... in the bathroom... on the living room floor...

* Eighty-three percent of men also enjoy indulging in a change of scenery, and

* 63 percent of men are experimenting with dirty talk during foreplay or sex.

So why are these behaviors still, for the most part, considered taboo? "I just think that society as a whole is not yet willing to talk about these things openly," says Mark, "so therefore they are deemed 'taboo.' And perhaps behaviors being 'taboo' is part of the excitement of engaging in them!"

So how can you suggest a new sexual behavior to your partner without sending him or her screaming into the night? "Bringing it up with your partner by referencing this study is a great way to break the ice," says Mark. "Perhaps pick your top three exciting behaviors from our list and present it as a sort of wish list to your partner. Also, I always suggest bringing things up to your partner in the context of a sexy fantasy or even 'I had a sexy dream last night...' Then, you can gauge their interest and, based on that, either blame your subconscious or begin a playful conversation of 'what if...'"