Poverty: Showbiz Stars Have No Excuse 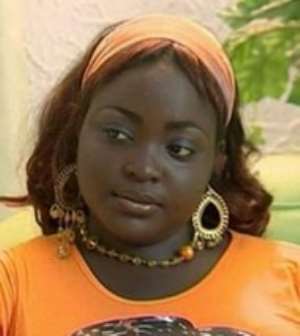 What do Ghanaian musicians and actors want — wealth or fame? They deserve both; don't they?

Sadly, it seems many of them are getting massive media publicity while still hustling for bus fares to move around.

Don't even talk about cars and houses because many, if not most of them, simply do not own any.

It is also quite obvious that many of them do not mind crossing the street in front of their houses with bowls in their hands to buy food from the street corner.

It is also very interesting to see musicians, in particular, running around on foot, under the scorching African (Ghanaian) sun, from one news medium to another, literally begging for publicity. They are happy when they see themselves in newspapers, on television or hear their voices and music on radio.

Over the years, actors and musicians in this country have cried poverty. It is time they realised that music and acting are businesses that have put good money in the pockets of fellow Africans such as Youssou Ndour and Angelique Kidjo.

In today's competitive and selfish world, very few people will play fair games and give them what they deserve. That they must know! They should look beyond what the government, their various professional associations and the people around can do for them and quickly educate themselves.

They should begin to take advantage of the internet, books and interactions with marketing experts, lawyers, businessmen, women as well as other professionals who can help them to use their talents to create wealth for themselves.

It is not enough to rush to the studio, record an album and literally carry it on your head around the country for it to be played for you to get publicity and no cash.

My senior in school and hiplife "grandpapa", Reggie Rockstone, for instance, is the originator of hiplife, but 10 years after the success of hiplife, we are yet to see a single merchandise to his name — not even a Rockstone bandana.

If he has one, (that we may not know about it), he should let us know so we help him market it. Our "stars" should start thinking big about matching their fame with some wealth because that is what arts and entertainment, like all other good and clean businesses, should give to people who engage in them.

One does not have to be a marketing expert, a business development consultant or a money-making machine to know that there is plenty of money to be made from music, movies and the arts/entertainment in general, so Ghanaians working in the industry have no excuse to be poor.