20 things you didn't know about sex 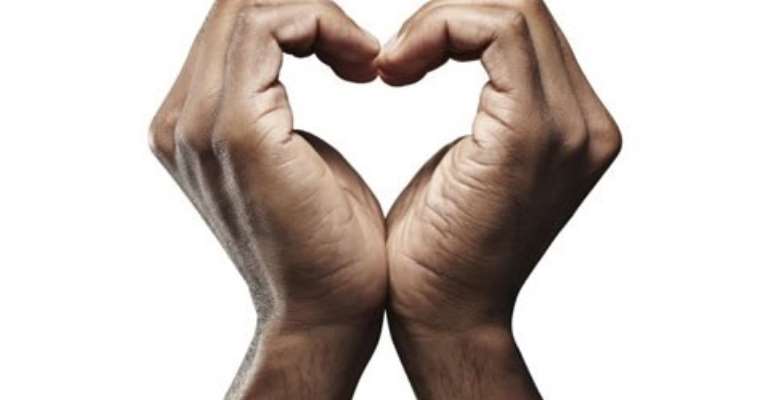 Women can ejaculate, too
Although it's a hotly debated issue, many women claim that before or during orgasm, they expel a fluid that's not urine and not vaginal lubrication.

It's a clear, odorless fluid that comes out of the urethra itself (or its surrounding ducts) and can range from a few drops to a flood.

“It can happen as a result of G-spot stimulation,” says Amy Levine, sex coach and founder of igniteyourpleasure.com.

“It can take practice and a sense of letting go to have this experience, don't fret if you aren't able to do it,” she reassures. But, don't be alarmed if it happens either.

It's possible for you and your partner's parts not to fit

He's the keymaster and you're the gatekeeper…but in reality, that's not always a combination that works. “It's like putting two puzzle pieces into place,” says Levine. If your guy is too big, all is not lost.

Try a position where you control the depth of penetration, such as woman-on-top. If he's too small, then it's time to invest in some toys and hope that he's a good conversationalist.

According to sex-workshop leaders Steve and Vera Bodansky, there's actually a specific area of the clitoris that's the most sensitive.

“We've found, in every female student that we've taught, that the upper left quadrant of the clitoral head is the most pleasurable spot to touch,” they say in their book, Extended Massive Orgasm: How You Can Give and Receive Intense Sexual Pleasure. So tonight instruct him to go, “A little to the left, dear!”

If you see red after intercourse, it doesn't necessarily mean you're getting your period…or that anything has ripped.

You could be experiencing post-coital bleeding, a condition that can sometimes result from an infection of the cervix or a polyp.

While most post-coital bleeding isn't life-threatening, you should still see your OB/GYN. Only he or she can tell if treatment is required.

It's no coincidence that many women experience an increase in sexual desire around the time they ovulate.

That's when testosterone levels are at their peak and, well, testosterone makes you frisky -- just ask any guy. In fact, it's a pretty neat trick of biology that we would want sex right around the time we're most likely to get pregnant!

If your man won't admit to wanting some back door action, it could be because he's afraid that it'll make him seem gay.

Women can orgasm an unlimited amount of times

After orgasm, men experience a refractory period during which they lose their erection. Women don't need the same recovery time. “Women have unlimited capacity,” says Britton.

“Often they think that once they experience their first orgasm, that they are done. On the contrary, women have the ability to experience one orgasm after another.”

Britton also points out that both genders can have multiple orgasms but that men must master specific techniques in order to do so. This means the man must understand his body enough to know when to decrease stimulation right before he ejaculates.

Once he's achieved this, you've got a partner to ride the wave of successive orgasms with!

Sex doesn't slow down for many elderly people

Seniors don't spend all day getting reduced price tickets to the movies.

Many of them are too busy going all the way! “Sexual attraction and connection is a life-long drive,” says Lou Paget, certified sex educator and author of The Big O: Orgasms: How to Have Them, Give Them, and Keep Them Coming.

So if your sex life is a little lackluster, don't blame it on age. “For many older women the reason they aren't having sex is simply a matter of opportunity.” Make time for sex, and sex will happen.

Using lube can mean the difference between pain and pleasure

If you're not all that into sex, or find it painful, the answer to your problem could be in a small bottle you can pick up in any drugstore.

Not producing enough lubrication can make sex downright un-fun for women. And needing a supplement doesn't mean you're not turned on. Don't be afraid to use it.

“The truth is that our natural lubrication comes and goes throughout an encounter,” says Levine. “Wetter is better, and adding a water-based or silicone-based vagina-friendly lube can lead to an increased level of satisfaction.”

You wouldn't expect a man to climax without his penis being involved, yet so many women feel pressure to orgasm without the clitoris.

“We need clitoral stimulation,” says Levine. “After all, the sole purpose of the clitoris is for pleasure. During sex, stimulate your clit with a toy or your finger -- or have your partner get in on the action.”

Having sex can make you look sexier
When a woman does the deed, her estrogen levels double. This can make her hair shinier and her skin softer.

“Estrogen seems to be the fountain of youth for women,” says Britton. “It can even keep the body enriched with more moisture in the walls of the vagina.” Think of sex as the ultimate beauty treatment and get them nice and often.

One ejaculation yields only about a teaspoon of semen

You may want to keep this one secret from your man, especially if he thinks his love juice could fill up a quart every time he makes love.

“Despite claims, the majority of men have about 1-2 teaspoons of ejaculate, maybe more if he hasn't orgasmed in quite some time,” says Paget. Still, we think you should applaud his efforts either way.

Betcha didn't know that Flipper was such a playboy! The truth is, as humans, we can savor and enjoy sex and not just think of it for procreation purposes.

Don't take this gift for granted and crank up the dial a little bit tonight -- turn on some soft music, light a few candles and make like a dolphin.

Did you know that when you're super busy, getting busy can be just the thing to keep you sane?

Regular sex can also give you higher levels of an antibody called immunoglobulin A, which helps ward off colds and other infections. So, in case you ever needed an excuse for nooky, there you go.

You do crunches for your abs, but when was the last time you did your Kegels? It's an exercise (similar to stopping the flow of urine when you're peeing) that tones the pubococcygeus muscle (or, the PC muscle).

“The PC muscle can help with bladder control, but even better, it can make your orgasms more intense and help you grip his penis when he's inside of you, giving him more pleasure, too,” says Levine.

So, why not squeeze this exercise into your schedule? The move: hold your PC muscle (like you were holding in urine) for 10 seconds, then release for 10 seconds. That's one. Repeat 10 times. For optimal Kegels, do 3 sets a day.

Falling asleep after sex is normal for men -- and women

There's a reason you and your honey feel tired after sex (and it's usually not because one of you doesn't feel like reciprocating).

“After sex, oxytocin is released and that hormone is responsible for calming you and even inducing sleep,” says Patti Britton, PhD, clinical sexologist, founder of SexCoachU.com and author of The Art of Sex Coaching. Next time he dozes off, don't take it as a sign of boredom, but rather, that your lovin' is the ultimate stress-release!

There are benefits to having sex on your period

Squeamish about sex during that time of the month? Don't be. When you climax, your uterus contracts, which can result in an immediate heavier flow, but then a shorter period since more of the blood and uterine lining have been shed.

But even if it doesn't mean you get to buy a smaller box of tampons, “orgasms are a great way to relieve menstrual cramps,” says Levine.

Being on the pill can dull some women's libidos

The Pill once meant sexual freedom for women but nowadays more studies show that the suppression of ovulation, along with hormonal changes can actually dampen desire in some women. “Sometimes it's a matter of changing brands,” says Levine.

“Or, going off the Pill altogether and trying another birth control method. Talk with your doctor to suss out your options,” she says.

It's normal for women to have submissive fantasies

If you dream of your boss taking you on the conference table (while you're dressed up as a naughty secretary) you're not alone.

“Studies have shown that over 50 percent of women fantasize about being taken,” says Britton.

Even the most powerful women may enjoy the submissive role during sex. “This might include being tied up or even forced into sex,” she says. Remember, fantasy and reality are two different realms and acknowledging these thoughts can actually be empowering.