Seven ways to win him over 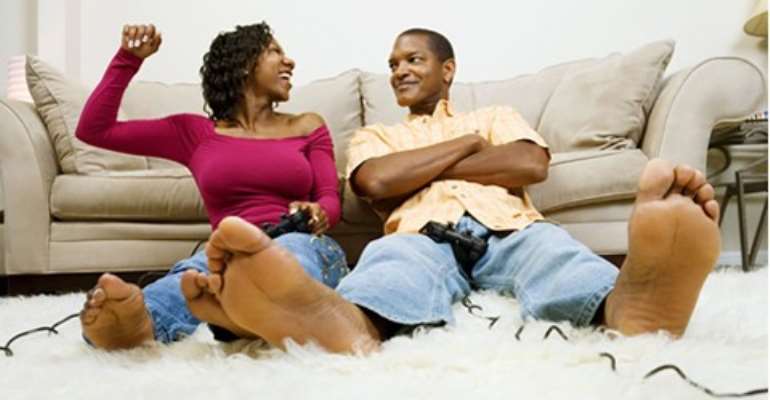 While you may think that the process of winning men over simply extends to how tight-fitting the dress you're wearing is, you'll be pleased to know that there are more comfortable ways to get them to hang from your every word.

Here are seven top tips to win guys over – now prepare yourself for a tidal wave of dinner reservations.

1. Let your hair down
Men like girls who know how to have fun, and while bursting into an impromptu rendition of the Macarena in the middle of the theater may be a bit over the top, joining them for a few drinks and dancing into the wee hours of the morning will surely earn you a few bonus points.

2. Ask questions
Men want to impress you, but it's difficult to regale you with tales of their business exploits if you never ask about them. Ask them questions and then at least try to appear interested when they answer them – even if they are rambling on about reports and spreadsheets.

3. Get to know his friends
Male friends can be just as judgmental as female friends, so if you don't want to be known as the Yoko Ono to our John Lennon, start hanging out with your guy's social circle.

4. Appreciate his generosity
You expect men to foot the bill, but that doesn't mean that you shouldn't thank them when they do. Showing appreciation for the kind gestures of your guy will only make him want to pull out his wallet more often.

5. Be honest
While it may be a little intimidating to explain to a guy that in the future you see yourself with four children and an army of cats, men appreciate girls who are upfront about their feelings and do not mess around. Sure, playing hard to get is alluring, but being open with a man is what makes him want to stay for the long haul.

6. Understand his need for "guy time"
It's early on in the fledgling relationship, but just because they're spending the weekend with their buddies doesn't mean that they've already grown bored of you. By allowing them our personal space, you're ensuring that guys never feel smothered and that their friends start referring to you as a "cool girlfriend."

7. Be comfortable with him
Showing that you're comfortable in their presence doesn't necessarily mean that you should show them that disgusting party trick you picked up in college, but it does mean that it's OK to let your guard down and show them your goofy side. But seriously, no one wants to watch you belch the alphabet.