Egg donor compensation is to triple under new HFEA guidelines 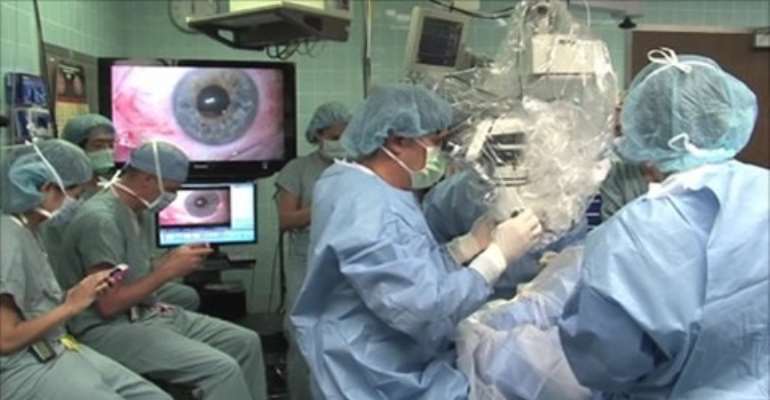 The UK's fertility watchdog has agreed to triple the compensation given to women who donate eggs to help infertile couples to have a child.

Donors currently have their expenses paid and up to £250 to cover lost earnings.

The Human Fertilisation and Embryology Authority has decided to pay a one-off fee of £750 per course of donation.

Experts believe this will encourage more women to donate, but critics warn it may create financial incentives.

Under EU rules a donor cannot be "paid", however, they can be "compensated".

Juliet Tizzard, head of policy at the HFEA, said the current rules did not work and "some donors are out of pocket and they do feel undervalued at times".

The decision to move to a one-off payment was made at a public meeting of the fertility watchdog on Wednesday. The idea was to balance fairly compensating donors with the risk of encouraging people to donate merely for financial gain.

The head of the HFEA, Prof Lisa Jardine said: "I believe it is fair.

"I find it very hard to see £750 as an inducement, I see it as fair reflection of the effort, the time and the pain."

However she said the figure was "a very highly educated guess at what will feel to people like compensation".

Invasive process
There are currently long waits in the UK - sometimes five years or more - for couples seeking donor eggs.

In a significant number of cases they travel abroad for treatment, often to Spain or the United States, where payments are higher and more women volunteer.

But there can be risks involved with having treatment in countries where regulations are less stringent.

Egg donation is an invasive process, which involves daily hormone injections, scans every couple of days, and day surgery to recover the eggs.

Side-effects range from mood swings, bloating and pain, to rare but severe over-reactions to the hormones.

"A balance is being struck between recognising the wonderful gift of donation yet not affecting the purity of donors' motives," said Laura Witjens, chairwoman of the NGDT.

"Altruistic motives should remain at the core of donation, and payment should never facilitate coercion."

But Olivia Montuschi of the Donor Conception Network, a self-help network of donors and families of children conceived by egg or sperm donation, said she was deeply disappointed by the HFEA decision.

"It will be something you will come to regret," she said. "The perception will be that you are paying donors. £750 would make a huge difference to a young woman."

'Commodity'
The British Fertility Society supports an increase in compensation payment, but said it was important to ensure that women continued to volunteer for altruistic reasons.

"The level of compensation should be raised so that it is commensurate with what a donor has to go through," said BFS chair, Tony Rutherford.

But opponents worry about the impact of increased payments.

"Ethically, it's wrong to make part of the human body a commodity," he said. "The body should not be part of commerce."

Josephine Quintavalle, of Comment on Reproductive Ethics, said: "Egg harvesting is an invasive and dangerous process and women should not be induced with ever larger sums of money to incur such risks."