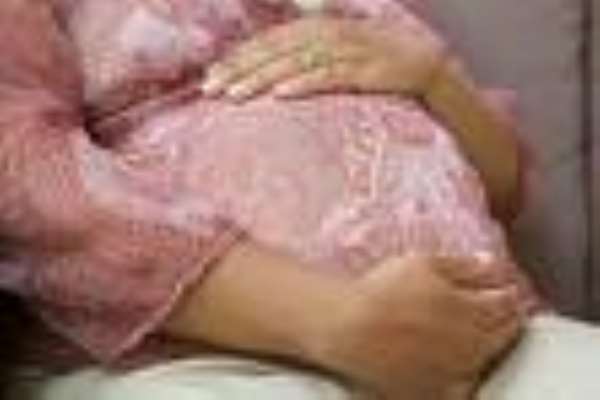 Pseudocyesis is a condition in which a non-pregnant woman believes that she is pregnant, even though there is no physical evidence of pregnancy. Also referred to as pseudopregnancy, women with pseudocyesis will often experience real pregnancy symptoms. Pseudocyesis occurs in one to six of every 22 000 births in the United States.

Pseudocyesis has been observed and written about since antiquity. Hippocrates set down the first written account around 300 B.C., and recorded 12 different cases of women with the disorder. One of the most famous historical examples is Mary Tudor (1516-1558), Queen of England, who believed on more than one occasion that she was pregnant when she was not. Some even attribute the violence that gave her the nickname "Bloody Mary" as a reaction to the disappointment of finding out that she was not carrying a child. Other historians believe that the queen's physicians mistook fibroid tumors in her uterus for a pregnancy, as fibroids can enlarge a nonpregnant uterus.

Pseudocyesis has become increasingly rare in many parts of the world in which accurate pregnancy tests have become widely available. Cultures that place high value on pregnancy, or that make close associations between fertility and a person's worth, still have high rates of the disorder. Source: www.minddisorders.com

Research has also linked false pregnancy to the pituitary gland (which is the centre of hormone production during pregnancy) and specifically, to an unusually high level of hormones. This hormone imbalance is often sparked by stress and anxiety, which in turn causes the emotional and psychological shifts that lead a woman to falsely believe she is expecting.

Women who have false pregnancies will claim to have—and in some cases, actually exhibit—the following true pregnancy symptoms:

cessation of menstruation
morning sickness
cravings
widening of the abdomen
enlargement of the breasts
Experts are unsure as to why women experiencing pseudopregnancy sometimes exhibit true physical signs of pregnancy.

While pregnancy testing, such as a urine test, will usually prove a woman's pregnancy symptoms are unfounded, women with pseudocyesis will insist they are pregnant due to a deeply-rooted desire to be pregnant.

However, women with pseudocyesis sometimes test positive on a pregnancy test, making diagnosis of the condition more baffling for doctors.

False Pregnancy: Which Women Are Most at Risk?

Women who are most at risk for pseudocyesis are:
women in their late thirties or early forties, who have been trying to conceive for many years and who may have fertility problems
women who are not generally emotionally unstable but who are extremely emotional with regard to pregnancy
women who have suffered a miscarriage or who have lost a child
False Pregnancy Treatment
For women experiencing pseudocyesis, counseling is usually recommended in order to treat underlying emotional and psychological causes of false pregnancy, including stress, anxiety and depression.

Because pseudocyesis is not known to have a direct underlying physical cause, there are no general recommendations regarding treatment with medications. In some cases, however, the patient may be given medications for such symptoms as the cessation of menstruation. Because most patients with pseudocyesis have underlying psychological problems, they should be referred to a psychotherapist for the treatment of these problems. It is important at the same time, however, for the treating professional not to minimize the reality of the patient's physical symptoms.

The treatment that has had the most success is demonstrating to the patient that she is not really pregnant by the use of ultrasound or other imaging techniques. Source: www.minddisorders.com

Alternative therapies
There have been reports of patients being cured of pseudocyesis by hypnosis, purgatives, massage, opioids, or after nine months of symptoms, by experiencing "hysterical childbirth," but there are few data available on the effectiveness of these or similar procedures.