5 New Office Rules No One's Told You Yet 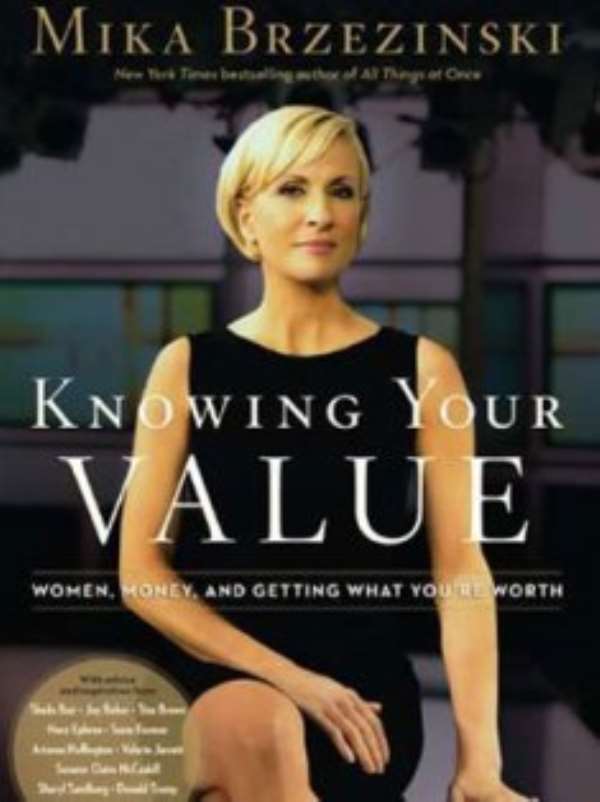 
Talk about a comeback. Mika Brzezinski was fired from her job as an anchor at CBS without warning...But it was only a matter of time before she was back on top — kicking major network butt on MSNBC's Morning Joe. In her new book, Knowing Your Value: Women, Money and Getting What You're Worth, Brzezinski shared with Cosmo the tips she used to climb back up the ladder — and how to use them to score yourself a raise.

1. Don't be afraid to piss people off.
When your boss asks you about the lateness of a project in a meeting, you call out your co-worker for missing a major deadline on it. Awkward, yes, but don't even think about apologizing to her post-meeting. If she wants to hold a grudge against you, let her — the fact is, she wasn't doing her job, and you called a spade a spade. "I've had meetings with people where I've repeated in my head, 'it doesn't matter if she likes me,' and I've found that allows me to be exact, honest, and to give thought-out, unemotional answers," says Brzezinski. "It doesn't matter if your co-workers like you. If you are being productive and you're being valuable, your work adds to the equation of the company. You will stay there and you will thrive," she says.

2. Brag about your accomplishments first. Then ask for a raise.

Talking to your boss about a raise can be an uncomfortable conversation — just ask Brzezinski. She's been there — and gotten shot down — a few times. Her secret weapon for success: a list. "Make a list of everything you do, how much time it takes, and what value it brings to the company. Research what people in your position at other companies make for their accomplishments. How much value do they bring to the table? Do you bring more, and why?" Use this list as the basis of your conversation with your boss, and then ask for your salary to be increased to reflect your value. If your request isn't met, don't get emotional about it. Use the information you prepared to update your resume so you can be ready to move on when an opportunity arises. And continue to be professional and do your best at work until you have a better offer.

3. Keep your friends close… And leave your co-workers at the office.

"You have colleagues. Get used to the word," advises Brzezinski. "They're not your friends. In tough, stressful, competitive industries, there aren't that many friends. Get over that." Cut the chit-chat on Gchat, the mid-afternoon coffee runs, or the hour-long let's-bitch-about-our-bosses lunch. You'll be amazed at how much you accomplish in one week. And the best part? You'll have more time to spend with your real friends — the ones who were there when you were unemployed and sleeping on their couches.

4. Remember business is business. It's not personal.

Your co-worker got chosen to lead a big project, while you're left sitting pretty on the sidelines. Wait until you get home to call your BFF and bitch. If you need to, go outside and scream. But remember, tomorrow offers a fresh start. "Don't let anything build up in your mind," says Brzezinski. "We constantly let clutter into our brains and it just builds up — and distracts us." Focus on the fact that while she's leading the project, you're still part of the team. Letting the resentment stew in your mind just makes you less able to do your best work.

5. Make yourself visible (and not just by wearing something red).

"Do you need to scream at the top of your lungs like a man and pound on the table? No," says Brzezinski. But you do need to find a way to call out your accomplishments. "Being excited about your work is great. Send an email to your boss about a goal that's been met or a deal that's been struck," she advises. Bring attention to yourself and don't feel uncomfortable about it. "You've got to find your own attractive way of communication." So whether it's an email, or a weekly meeting where you outline goals you've accomplished, be your own cheerleader, and your boss will think of you when it's time for a promotion.