Relationship repair: How to make it work 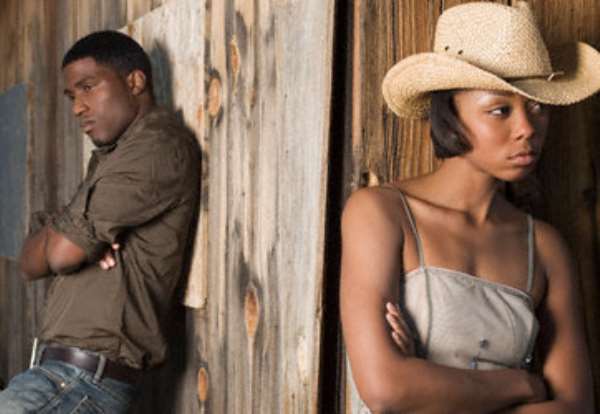 
Why do some couples thrive while others seem to spend all their time bickering (and eventually bite the dust)? There are many reasons one pairing surpasses another, but one of the biggest relationship roadblocks is negativity. To learn more we turned to Carolyn Kaufman, Psy.D., relationship expert, about how best to keep the flow of communication open and avoid pushing your partner away with negative behavior.

1. Say no to negativity
A negative outlook or something Kaufman refers to as a Negative Sentiment Override (NSO) is what dooms most relationships. "Research has shown that an NSO dooms a relationship 80 to 90 percent of the time," she says, citing four negative behaviors in particular that really rock the boat: criticism, defensiveness, stonewalling and contempt. If you feel like you're walking a fine line between love and hate lately and don't know where things went wrong, take stock of your attitude.

2. Practice positivity
On the flipside, a positive outlook, or Positive Sentiment Override (PSO) will go a long way to keep your relationship healthy, Kaufman says. The PSO is built on the little nonverbal sentiments that show your partner you care, like fondness and admiration, genuine interest in your partner, tactful approaches to problems (versus simply yelling at each other), a good sense of humor when things go wrong and little displays of affection--sharing a joke, a smile or a kiss.

3. Put a stop to these
If you want your relationship to work, Kaufman says it's time to kick these bad love habits.

Criticism: Attacking your partner rather than addressing the problem. If the problem is that he's always late, discuss how it makes you feel rather than hurling insults at him.

Defensiveness: Placing all the blame on the other person without taking any responsibility yourself. Yes, sometimes it is all his fault, but most of the time it takes two to start an argument.

Stonewalling: Shutting your partner out rather than being open to discussing the problems you're having. The silent treatment won't get you anywhere – you need to talk things through.

Contempt: Saying things that make you sound better than the other person. This includes patronizing, mocking or treating the other person like they're stupid or like you're the parent and they're the child.


* Talking about your issues rather than avoiding them.

* Trying to see the other person's point of view.

* Expressing genuine interest in the other person on a day-to-day basis.


* Approaching conflict with the goal of finding a mutually agreeable compromise rather than just winning.