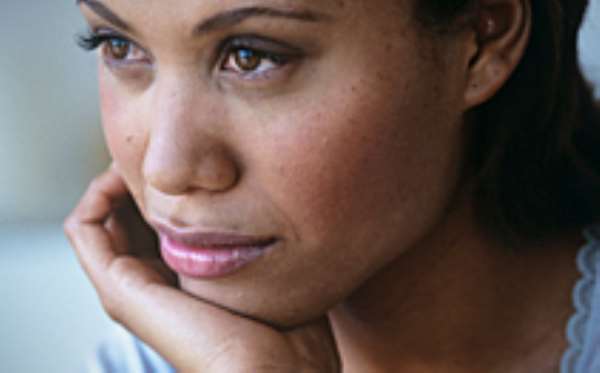 Long considered a taboo subject, women's sexuality is now openly discussed and portrayed on television, in magazines, and on the internet. Most importantly, women themselves are becoming increasingly aware of their sexuality and their sexual health. Women of all ages are learning more about their sexuality.

What is "sexuality"? For a woman, as for a man, sexuality encompasses a very broad range of physical activities and psychological experiences. These activities fulfill an important physical and emotional need for closeness and intimacy. Sexuality doesn't include just your sexual practices. Your feelings about yourself, how you relate to others, and about sex and previous sexual experiences are part of your sexual makeup. Your feelings about your partner and your relationship definitely affect your sexual satisfaction.

Women's interest in sex and responses to sexual stimulation vary widely. Although most women's sexual responsiveness peaks in the late 30s and early 40s, a woman can have satisfying sexual experiences throughout her life. The quality of her experiences is affected by individual differences, by life situation, by age and hormonal levels, and by overall health and well-being.

A sexual problem is anything that interferes with a woman's satisfaction with a sexual activity. When this happens, it is often referred to by health professionals as female sexual dysfunction (FSD).

According to a groundbreaking article in the Journal of the American Medical Association (JAMA) in 1999, sexual problems are common in women and men, but especially in women. In a survey of men and women aged 18-59 years, about 43% of women and 31% of men reported some sexual problem.

•Desire (excitement phase) - Desire is a sexual "charge" that increases interest in and responsiveness to sexual activity. You feel "in the mood." Your heartbeat and breathing quicken, and your skin becomes reddened (flushes).

•Arousal (plateau phase) - Sexual stimulation--touch, vision, hearing, taste, smell, or imagination--brings about further physical changes. Fluids are secreted within the vagina, moistening the vagina, labia, and vulva. These fluids provide lubrication for intercourse. The vagina expands, and the clitoris enlarges. The nipples become hardened or erect.

•Orgasm (climax) - At the peak of arousal, the muscles surrounding the vagina contract rhythmically, causing a pleasurable sensation. This is often referred to as the sexual climax.

Every woman progresses through the cycle at her own rate, which is normal for her. A sexual problem may occur if any of these stages does not occur.

Sexual problems
The types of sexual problems in women correspond to the stages of the sexual response cycle. Inability to achieve any of the stages can interfere with sexual satisfaction and thus create a problem. Any of these can be very distressing for a woman, because everyone deserves a satisfying sex life. They can be distressing for her partner, too, and can lead to problems in the relationship.

•The sexual problems reported by women in the JAMA study comprised 3 types:

*Lack of sexual desire (22%) - Lack of interest in sex, or desire for sex, is a common problem in both men and women, but especially in women. Lack of desire stops the sexual response cycle before it starts. Lack of desire is temporary in some people and an ongoing problem in others.

*Difficulties becoming sexually aroused or achieving orgasm (14%) - Inability to become sexually aroused is sometimes related to lack of desire. In other cases, the woman feels sexual desire but cannot become aroused. Orgasm may be delayed or not occur at all (anorgasmia). This can be very distressing for a woman who feels desire and becomes aroused. It can create a vicious cycle in which the woman loses interest in sex because she does not have an orgasm.

Female sexual problems causes
The causes of sexual problems are as varied and complex as the human race. Some problems stem from a simple, reversible physical problem. Others can stem from more serious medical conditions, difficult life situations, or emotional problems. Still others have a combination of causes. Any of the following can contribute to sexual problems:

•Relationship problems - Discord in other aspects of the relationship, such as distribution of labor, childrearing, or money, can cause sexual problems. Issues of control or even abuse in the relationship are especially harmful to sexual harmony. Such problems can prevent a woman from communicating her sexual wants and needs to her partner.

•Emotional problems - Depression, anxiety (about sex or other things), stress, resentment, and guilt can all affect a woman's sexual function.

•Insufficient stimulation - A woman's (or her partner's) lack of knowledge about sexual stimulation and response may prevent a woman from achieving a satisfactory experience. Poor communication between partners can also be a culprit here.

•Gynecologic problems - A number of pelvic disorders can cause pain in intercourse and thus decrease satisfaction.

*Vaginal dryness - The most common reason for this in younger women is insufficient stimulation. In older women, the decrease in estrogen that occurs in menopause is the cause of vaginal dryness. Poor lubrication can also be linked to hormone imbalances and other illnesses and to certain medications. It can inhibit arousal or make intercourse uncomfortable.

*Vaginismus - This is a painful spasm of the muscles surrounding the vaginal opening that causes the vaginal opening to "tighten." It can prevent penetration or make penetration extremely painful. Vaginismus can be caused by injuries or scars from surgery, abuse, or childbirth, by infection, or by irritation from douches, spermicides, or condoms. It can also be caused by fear.

*Sexually transmitted diseases - Gonorrhea, herpes, genital warts, chlamydia, and syphilis are infectious diseases spread by sexual contact. They can cause changes in the genitals that make sex uncomfortable or even painful.

*Vaginitis - Inflammation and irritation of vaginal tissues due to infection or other causes can make intercourse uncomfortable or painful.

*Endometriosis, pelvic mass, ovarian cyst, surgical scars - Any of these can cause an obstruction that prevents intercourse or makes it difficult or painful.

*Pelvic inflammatory disease - This is an infection of the vagina that moves up into the cervix, uterus, and ovaries. It can be very painful on its own and make intercourse extremely painful.

*Nerve damage after surgery - Unavoidable cutting of small nerves during pelvic surgery (such as hysterectomy) may decrease sensation and response.

*Cancer
*Neurologic disorders
*Vascular (blood flow) disorders
*Hormonal imbalances
*Menopause
*Pregnancy
*Alcohol or drug abuse
•Medications - Certain medications can reduce desire or arousal. One well-known group of drugs that have this effect are the selective serotonin-reuptake inhibitor (SSRI) group of antidepressants, which includes drugs such as Prozac and Zoloft. Others include certain chemotherapy drugs, drugs for high blood pressure, and antipsychotic medications.

•Other medical treatments - Treatments such as radiation therapy for certain types of cancer can reduce vaginal lubrication. They can also make skin and the membranes lining the genitals tender and sensitive.

•History of abuse - A woman who has suffered sexual or other abuse may have trouble trusting her partner enough to relax and become aroused. She may have feelings of fear, guilt, or resentment that get in the way of a satisfactory experience, even if she cares deeply about her current partner.

•Attitudes toward sex - Many people, either because of the way they were brought up or because of earlier bad experiences, don't view sex as a normal and enjoyable part of a couple's relationship. They may associate sex or sexual feelings with shame, guilt, fear, or anger. On the other hand are people who have unrealistic expectations about sex. Portrayals of sex in television and movies as always easy and fantastic mislead some people into believing that is how it is in real life. These people are disappointed or even distressed when sex is sometimes not earth-shattering or when a problem occurs.

•Sexual problems of the partner - If a woman's partner has sexual problems, such as impotence or lack of desire, this can inhibit her own satisfaction.

When to seek medical care
Not all sexual problems require medical attention. Many people have temporary sexual problems, usually due to medical problems, to anxiety, or to stress in another area of life. If you are distressed by the problem or you are afraid your relationship is threatened, don't be afraid or embarrassed to seek outside help. If your health care provider is unable to help you beyond ruling out physical problems, a mental health counselor should be able to help or point you in the right direction.

Any sexual problem that persists for more than a few weeks is worth a visit to your health care provider. He or she can rule out medical or medication causes of the problem and can offer advice on solving other types of problems. He or she can help you sort out exactly what the problem is if you aren't sure. He or she can refer you to other specialists if necessary: a psychotherapist, a marriage counselor, or a sex therapist.

Certain problems require attention right away.
•If intercourse suddenly becomes painful when it wasn't before, for example, you may have an infection or other medical condition that requires prompt attention.

•If you have reason to believe you have a sexually transmitted disease, you and your partner both need to be treated right away, as do any other sexual partners either of you may have.

•Any unusual reaction to sexual activity, such as headache, brief chest pain, or pain elsewhere in the body, also warrants a visit to your health care provider.